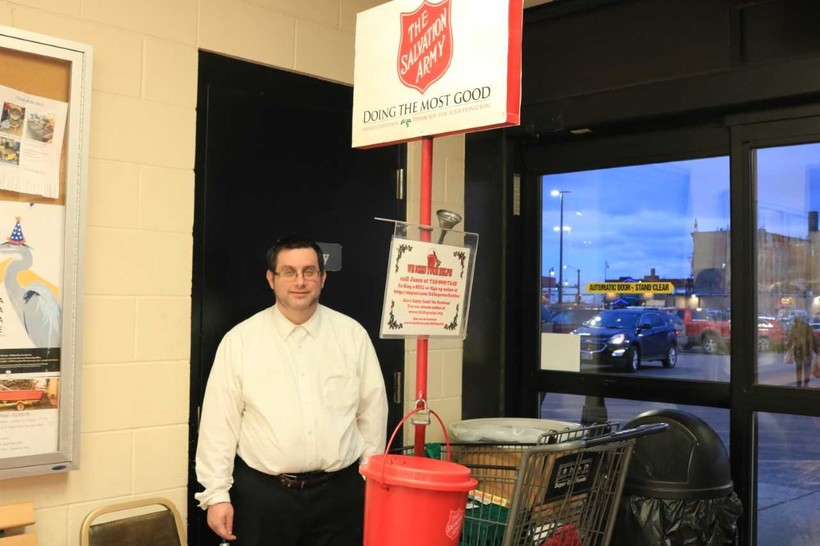 Organization Seeks To Raise $65,000 For Programs To Help Those In Need
By Olivia Shalaby
Share:

Every year, people volunteer to ring bells and gather donations for the Salvation Army in Superior. Corps Officer and Captain Jasen Elcombe said most of their annual budget comes from this campaign. This year, he said their goal is to gather $65,000 through the red kettles. Elcombe said the donations fund their operations.

"We have different programs that operate all year long. Programs for homelessness, programs for rehabilitation, drug addiction, stuff like that, as well as basic needs such as putting food on the tables, getting warm clothing, and paying for utility bills or rental assistance when people get behind," he said.

Without the Red Kettle Campaign, Elcombe said the Salvation Army would close its doors. He said they’ve received large donations in the past, but they’re grateful for whatever people can afford to give to help those in need.

"At one point, we had a stack of $100 bills stacked upon each other," he said. "So, it's a $1,000 cash donation, but we get checks for large amounts sometimes. At one location we were at, we actually received a gold American $5 coin that was worth over $200."

Elcombe said people look to them for help throughout the year, but he said those needs change around the holiday season.

"Obviously, people are trying to find stuff, to put toys under the tree for their kids at Christmas or trying to get a Christmas meal together," he said.