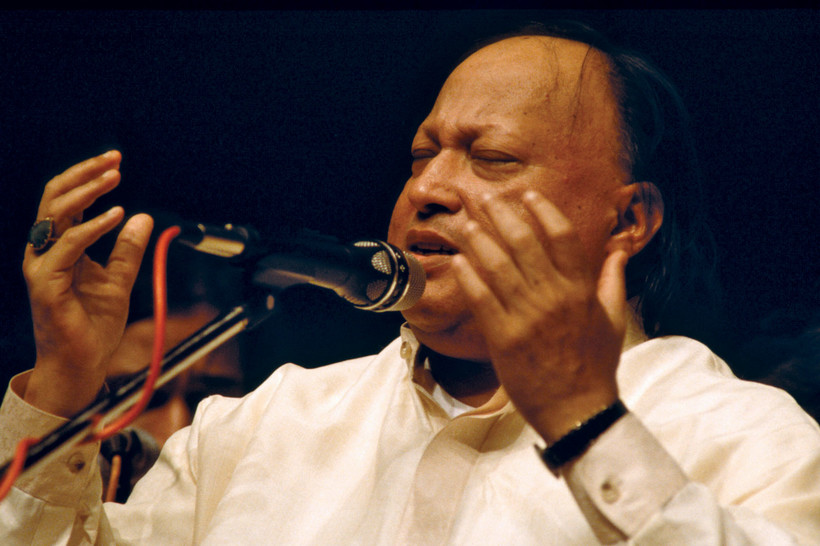 Nusrat Fateh Ali Khan, affectionately known as “the brightest star”, was a legendary Punjabi musician from Pakistan.  Ali Khan was primarily a singer of devotional music called qawwali, the well-known vocalized form of sacred musical expression of the Sufis, equally edified in Pakistan and India.  The Sufis, practitioners of this tradition, sustain and celebrate the inner, mystical dimension of Islam.  Ali Khan, remembered as one of the greatest singers of qawwali sacred music, took a unique approach to rendering this ancient genre by reframing qawwali with a distinctively contemporary flavor.  Intentionally, he experimented with a number of musically diverse musicians with the goal of  giving qawwali music a hip, groove-like texture which he enjoyed doing in live performance settings.  A number of recordings exist that showcase the powerful voice of Ali Khan.  Resource that include Amazon, Itunes and more offer musical glimpses of his music.  You can also listen to his recorded performances on Higher Ground. --Jonathan