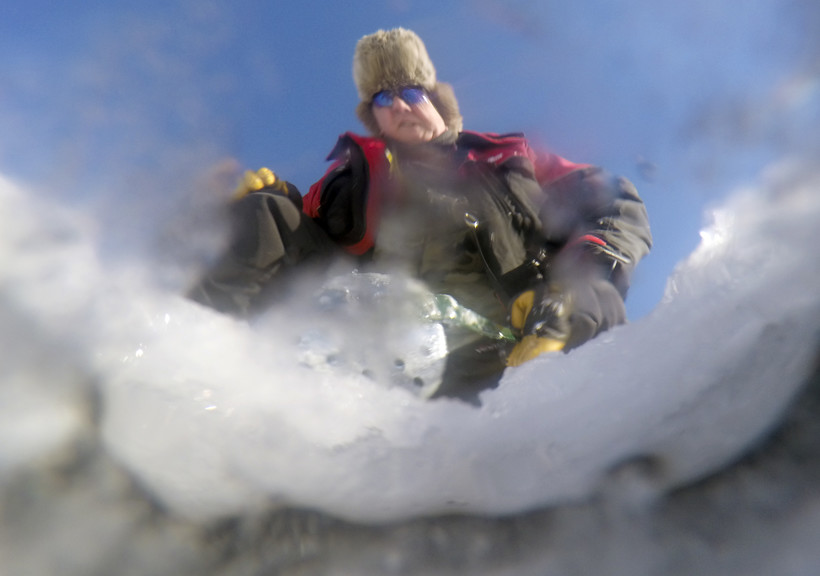 Wisconsin's sturgeon spearing season begins on Saturday, and while the state Department of Natural Resources and anglers alike say no ice is ever 100 percent safe, this years' ice appears to be OK.

Ryan Koenigs, DNR sturgeon biologist in the Winnebago system, said there are cracks on Lake Winnebago and recommends spear-fishers check in with local fishing clubs before heading out. He said the DNR doesn't monitor ice conditions.

Ice aside, water clarity is also key to catching one of the big fish.

Instead, anecdotal reports are all Koenigs has to go on, he said. "I have heard from spearers who have been out scouting and those reports are all consistent that water clarity is less than desirable."

"Some years when you have got perfect clarity, you can see right to the bottom in 16 feet of water. Fish, a lot of times, are swimming off the bottom so you can have fish swim right through your hole and never know it when the water clarity is bad," Engel said.

Koenigs said he thinks the season may run its full 16 days, unless the harvest cap of about 2,580 fish is met before then.

Koenigs said the vast majority of licenses are sold to Wisconsin residents and that only about 2 percent or less of catches are registered to out-of-state spear fishers.