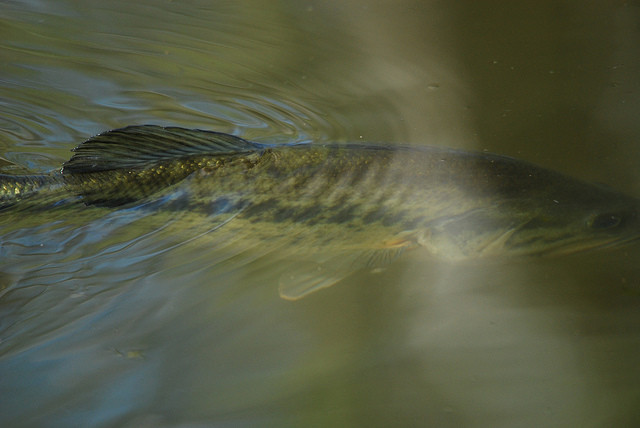 Wisconsin Fish Are Struggling To Survive In Higher Temperatures
By Alana Watson
Share:

Fish die-offs in Wisconsin lakes are expected to significantly rise in coming years because of higher temperatures, according to new research from Reed College in Oregon and the University of California, Davis.

Die-offs are predicted to double by the middle of the century and quadruple by 2100. This foreshadows a difficult future for common freshwater fish such as bluegill, walleye, largemouth bass and northern pike in that state.

Scientist at the two universities analyzed a database specifically for freshwater fish die-offs in Wisconsin that were tied to temperature and other simulations.

The study published in Nature Climate Change tied warmer summers to more than 100 of 500 fish die-offs in the state between 2004 and 2014.

Andrew Rypel is an assistant professor at the University of California, Davis and is the co-author of the study. The Wisconsin native started the study in Madison three years ago and he said fish die-offs could turn into a serious problem for communities that benefit from lakes.

"This is one of the things that’s helping connect the dots between warming lakes and the recurrence of very damaging ecological events like fish kills," Rypel said. "This matters for a state like Wisconsin where there is a lot of economy around outdoor tourism and around fishing."

The study focuses on hotter summers and higher surface water temperatures. Rypel said although warmer waters is the main factor, it isn’t the only one.

Although the study shows a problem for fish, Rypel said he hopes communities across the state will act to improve lake conditions to offset the die-offs.

The former state Department of Natural Resources employee said it starts with creating healthier lakes in general, "What’s good for the lake is what’s going to be good in the long run for the fish."

Editor's note: This story has been updated to correct the time in which fish die-offs are projected to double in Wisconsin lakes.