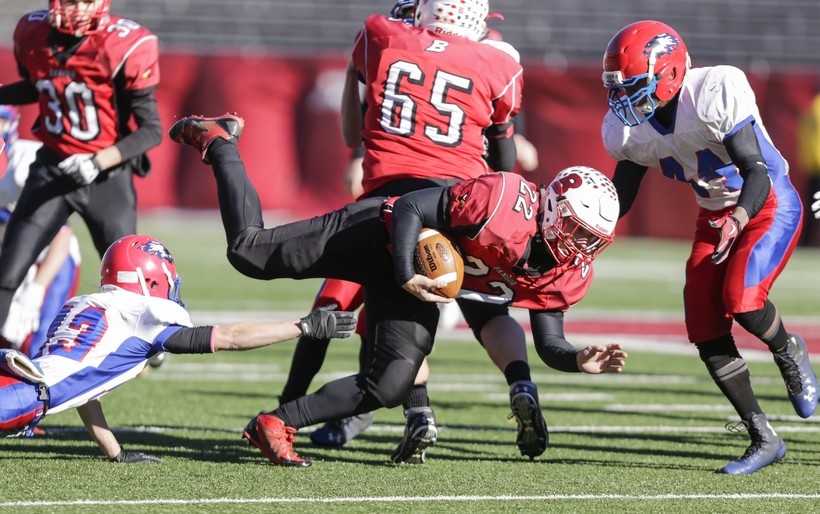 A new study has found the less access student athletes have to athletic trainers, the less likely they are to have concussions properly identified and managed.

These trainers — licensed medical providers equipped to diagnose head injuries after blows to the head — can ensure athletes aren't cleared to return to play too soon.

Researcher Tim McGuine said some athletes might not show symptoms immediately after a concussion.

"So everybody is case-dependent ... there are some similarities but each athlete and each concussion has to be looked at as a different identifiable event and treated as such," he said.

Using survey results, McGuine and other researchers tracked the injuries of about 2,400 students across 31 high schools in the state.

On average, students would have a sports-related concussion assessed within an hour of the injury if they were enrolled in a school with a greater availability of athletic trainers. If a student came from a school with low availability to these trainers, they would typically wait 24 hours until they had the concussion evaluated.

And not being properly diagnosed and treated can have future repercussions, McGuine said.

If brains don’t have time to fully heal, they'll be prone to more concussions in the future. He and his colleagues found 94 percent of students who had athletic trainers at their schools for at least 20 hours a week were required to go through a designated protocol before they could make a return to their sport.

"You monitor how many days the (concussion) symptoms are present in the athlete and once they resolve, have a gradual return to activity and full participation, we don’t want to just throw the athletes back out on the field," McGuine said.

Necessity aside, funding is a key issue when talking about access to athletic trainers. Local medical professionals often provide these services at a discount, but schools surveyed with more private funding tended to have greater access to trainers.

Heidi Gutschow, president of the Wisconsin Athletic Trainers Association, said she' isn't surprised by the study's findings. She said access is often determined by a hospital's resources.

"There just may not be a clinic or hospital system close enough to provide that person," she said. "So, you know, funding is a part of it but again, it just may be that there’s not the system available in some areas to be able to provide."

Gutschow said some clinics are offsetting the costs of hiring athletic trainers by splitting their time with high schools and their own caseloads. While schools may not have access to trainers, the Wisconsin Interscholastic Athletic Association tries to police concussion protocol across the state.

The association recommends lightening an athlete's academic workload for a few days, getting eight to 12 hours of sleep and limiting stimulation brought on by activities like playing video games.

The WIAA also recommends a gradual return to physical activity. It wants athletes to be cleared of academic accommodations for at least a day and be cleared by a health care provider before a student can return to their sport.

McGuine said the study focused on high school athletes because they don’t have the same medical care available to collegiate or professional athletes. He said the issue of access becomes worse for students who play on traveling teams, who have even less access to athletic trainers.