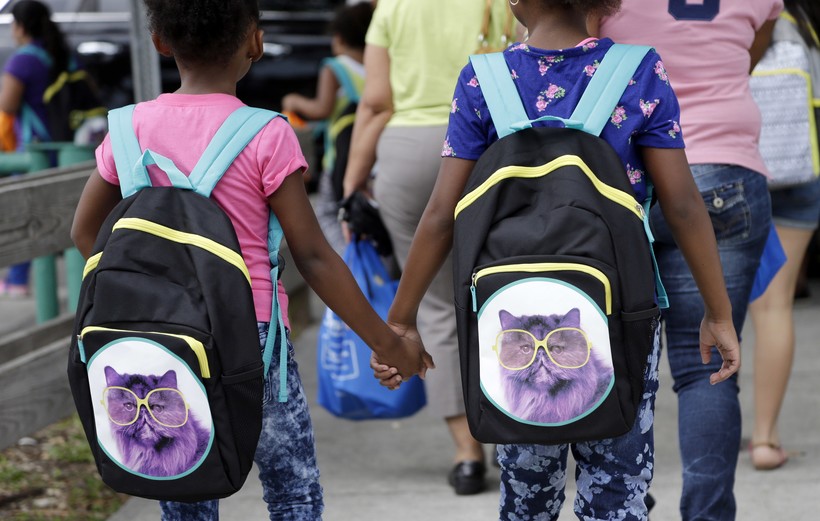 Vouchers Students In Milwaukee's Choice Program Are 5 Percent More Likely To Be Proficient In English
By Avory Brookins
Share:

A new study from the Wisconsin Institute for Law and Liberty shows students at the state's charters and private schools participating in voucher programs got better scores on the ACT and the state test, Forward Exam, than those at traditional public schools.

For the first time, student demographic data from choice schools were made available to the public this year. The study, Apples to Apples, was able to take into account factors such as race and poverty when analyzing test scores.

"I think (this study) is important because we are able to make these apples to apples comparisons and put all schools on a level playing field," said Will Flanders, education research director at the Wisconsin Institute for Law and Liberty and author of the study. "When we do that, we can see which schools are actually more effective at educating the kids that really need access to better educational options, particularly those from minority backgrounds and those that are dealing with poverty."

Jim Bender, president of School Choice Wisconsin, said having studies like this allows researchers to highlight similarities and differences among the different school sectors.

Students at private schools in Racine and state voucher programs scored about 6 points higher on the ACT than traditional public school students.

Flanders said across school sectors, the two factors that affected performance the most were race and economic status.

"If you took a hypothetical school in Milwaukee that was 100 percent white … compared to a school that was 100 percent nonwhite, we see about a 52 percent difference in proficiency, and that’s a staggering difference," Flanders said. "Without taking those things into account, the different racial and the different poverty composition of schools in the city, it’s really unfair to the teachers and principals and the folks that work in those schools to expect them to achieve the same level of results."

Bender said this study is important for state policymakers because they can allocate tax-payer dollars to schools that are performing better.

"Right now, both charters and the parental choice programs, including private schools, are funded at a dramatically lower level than public schools, yet (charters and private schools participating in voucher programs) are getting better results," Bender said.

Officials with the Racine Unified School District and the state Department of Public Instruction declined to comment on the study. Officials at the Milwaukee Public Schools didn't respond to comment requests.