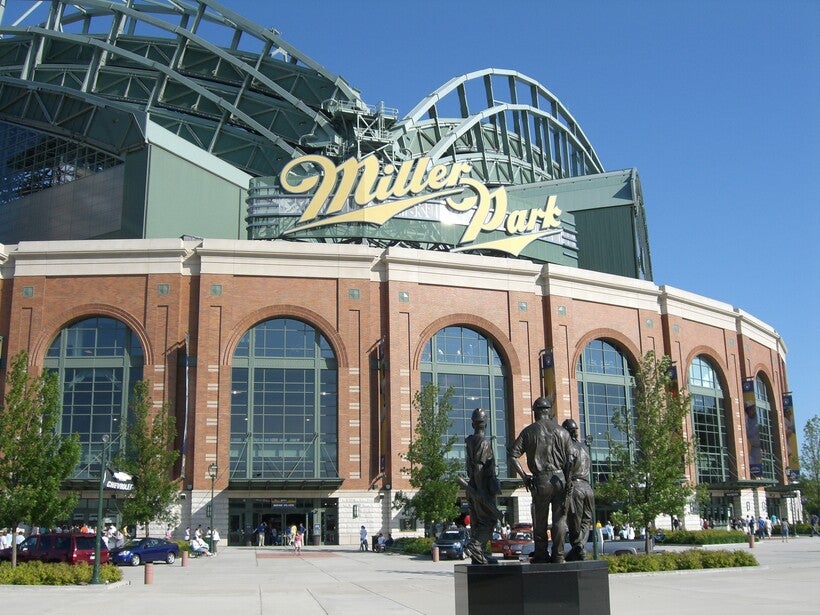 Study: Miller Park Has Generated $2.5B In Economic Impact For Wisconsin

Miller Park, home of the Milwaukee Brewers, has created $2.5 billion in economic impact for Wisconsin over the last 20 years.

That's according to a new study released Monday by the Metropolitan Milwaukee Association of Commerce. It shows the construction and operation of Miller Park helped create thousands of jobs, millions of dollars in tax revenue, and more than $1 billion dollars in personal earning as well as personal spending from 1999 to 2019.

The study was conducted for MMAC by Convention, Sports and Leisure International (CSL), an advisory firm specializing in sports and entertainment industries. It concludes Milwaukee having a Major League Baseball stadium has benefited Milwaukee County, the city of Milwaukee and the state.

"Miller Park is significant not only for the 3 million fans it draws but from the impact it has on our ability to recruit companies, and to recruit and retain talented employees in the metropolitan Milwaukee area," Tim Sheehy, president of MMAC said. "Being major league is really a dividend."

Sheehy said the return on the investment into Miller Park exceeded their expectations.

Tyler Barnes, senior vice president of communication for the Brewers, said MMAC has always been a great partner to the team, and they were advocates for building Miller Park.

"When they had the idea to do this (study) to celebrate 20 years on Miller Park and the retirement of the sales tax," Bares said, "We thought it was terrific idea."

Miller Park was created under a funding model that included a 0.1 percent sales tax in Milwaukee, Ozaukee, Washington, Waukesha, and Racine counties. The tax went into effect in 1996 when ground was broken and is scheduled to sunset this year.

Barnes said they provided historical data of attendance numbers and other financial figures as well as providing CSL with access to speak directly to fans.

"Between the public funding, the millions of dollars that we as an organization have put into keeping the ballpark state-of-the-art — whether it’s through concessions or various other fan feature or maintenance," Barnes said, "I think the narrative is there that people can say, 'Wow this is a really cool place.'"

The sales tax has been controversial since it was put in place, but both MMAC and the Brewers believe the stadium is an example of a public-private partnership success story.

"What makes this such a success story is when the state of Wisconsin and the city of Milwaukee recognized that being a major league city is a tremendous asset," Sheehy said. "We see that in the numbers."

The baseball park replaced Milwaukee County Stadium and was completed in 2001. Although Miller Park is operating in the smallest market in the MLB, the park draws in 2.7 million paid attendees per year, according to the study.