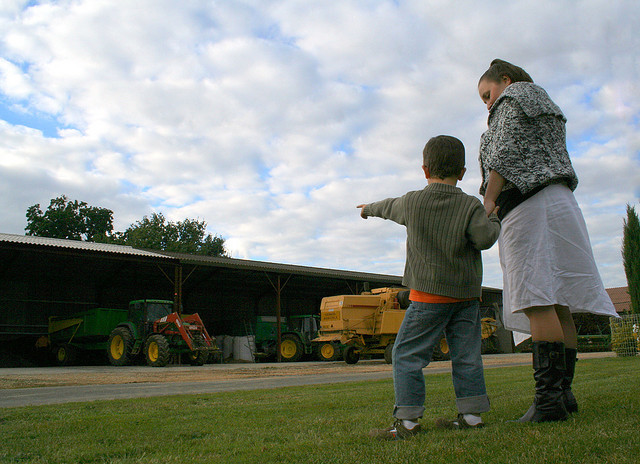 Study To Investigate Why Farm Children Are Less Likely To Have Allergies, Asthma

Researchers at the Marshfield Clinic are launching a study to investigate why farm children are less likely to have allergies and asthma.

Scientists at the clinic’s National Farm Medicine Center are hoping to enroll 100 pregnant women who live on farms and 100 women who don't in the study. They’ll compare the health of the babies from the womb until age 2.

Keifer said researchers think the “farm kid” advantage can be traced to being exposed to certain bacteria on the farm. Those exposures contribute to a kids' microbiome — a hot scientific subject in recent years. A person's microbiome is the bacteria, viruses and micro-organisms that live on their body, in their body and in their environment.

“If we know what those exposures are, that really convey that immunologic advantage, then there’s likely to be some way that we can replicate that for non-farm children,” said Keifer.

Keifer said that working on farms, as a doctor, has “delighted” him.

“Farms just do so much for us, you know? They put food on the table, they give us the things we need — the fuel, the fiber and the food we need to survive. And now we’re turning to them for one other thing that may have profound effects on our medical system and the health of our population,” he said.

According to the American Academy of Allergy, Asthma and Immunology, millions of Americans suffer from hay fever and asthma — and that number is growing.