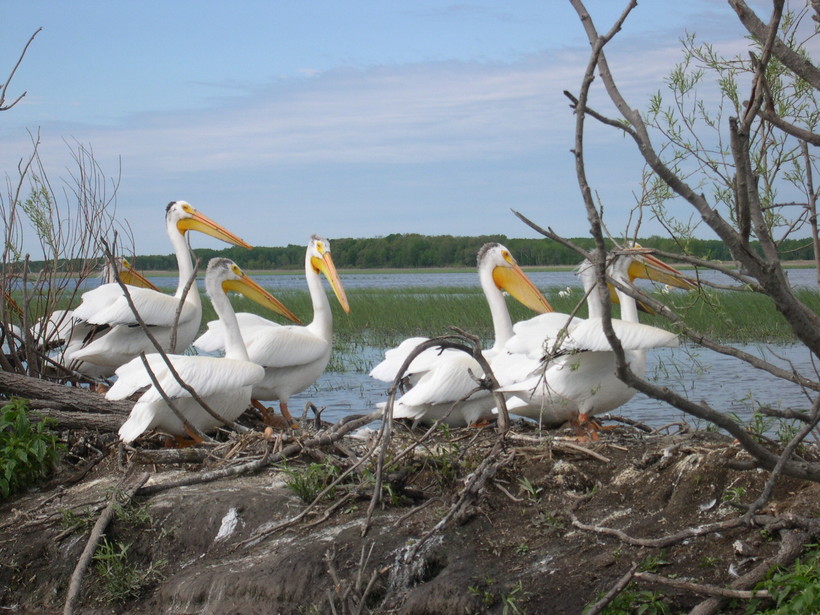 Once A Rare Sight In Wisconsin, State's Pelican Population Has Been Steadily Increasing Since 1980s
By Mary Kate McCoy
Share:

While sightings have grown more frequent since 2014, the study says the bird has established breeding status for the first time in Lake Erie, with the potential to move into lakes Huron and Ontario.

Historically, the American white pelican has been a bird of the West and the South; but since the 1980s, Wisconsin has seen a steady increase in their numbers following habitat loss and human disturbance in their native habitat, said Sadie O’Dell, a wildlife biologist at the Horicon National Wildlife Refuge.

"The suitable habitat found here with abundant fish populations have allowed pelicans to breed very successfully," she said. "And the growing colonies have spread, likely contributing to some large scale increases in numbers of these breeding birds here in Wisconsin." 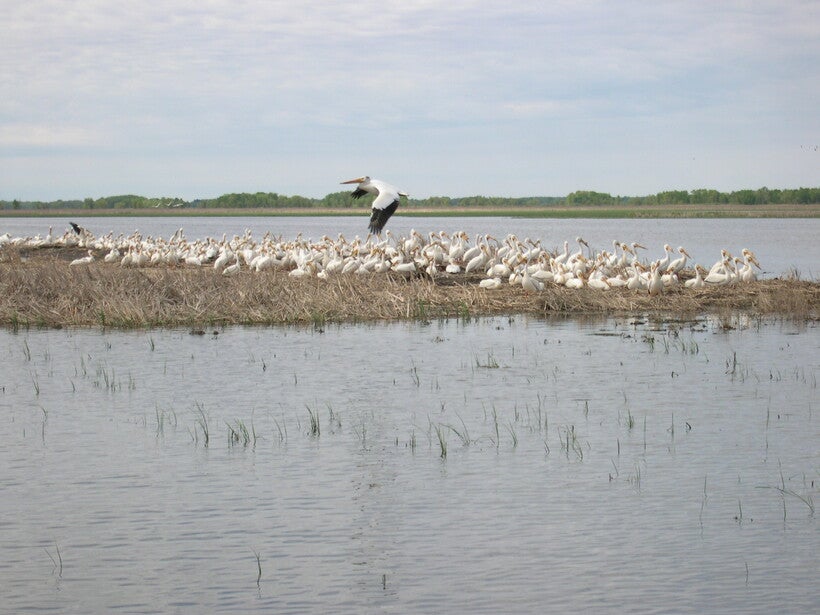 The American white pelican feeds primarily on fish, and is one of the largest birds in North America, with a wingspan measuring out at 9 feet. They typically breed in large groups and nest in close proximity to Wisconsin’s other colonial nesting birds, like the double-crested cormorant and herring gull, on isolated islands, O’Dell said.

The pelicans have no predators in Wisconsin — though the young are vulnerable to eagles, foxes and raccoons.

Researchers are unsure what affect the pelicans feeding habits have on the state’s fisheries, but they do frequently eat common carp — which is considered an invasive species, O'Dell said.

"They may even help with the population of controlling some of the invasive carp population that we have here at the (Horicon National Wildlife) Refuge," she said. "But you know there could be some conflict with some localized fish populations in some areas."

The first pelicans to arrive in Wisconsin settled in the Green Bay region and Horicon National Wildlife Refuge saw its first nests in 1999, O’Dell said. By 2003, 522 nests were recorded there, with 907 nests statewide — a 370 percent increase since 1999.

While researchers don’t know exactly where the massive influx of pelicans came from, O’Dell speculated that the birds came from an abandoned colony in North Dakota.

"We found a banded bird here on the refuge and we know that that banded bird came from out West, likely in the Dakotas," she said. "And there was a mysterious abandonment of a large nesting colony of over 30,000 nesting birds out and Chase Lake National Wildlife Refuge in North Dakota."

Where Pelicans Make Their Homes In Wisconsin 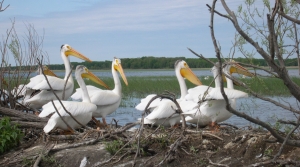 A new study says pelicans around the Great Lakes are expanding their range. We'll talk to a biologist about where pelicans live in Wisconsin, and whether they're also following suit.