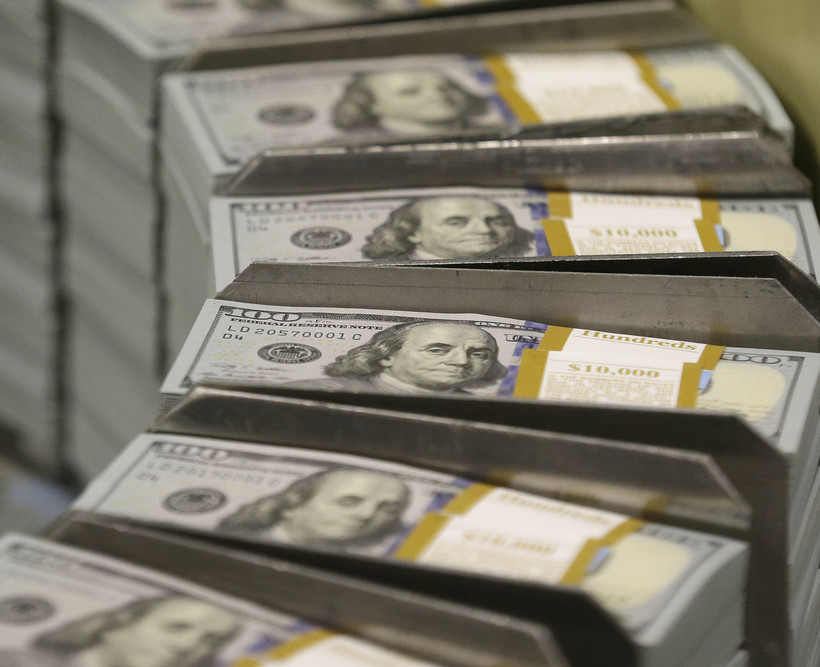 The Strings Attached To Big-Ticket Donations

Author Anand Giridharadas On How The Ultra-Wealthy Wield Their Philanthropic Efforts To Gain Power, Influence
By Shannon Henry Kleiber
Share:

A small percentage of the ultra-rich are using philanthropy to not just change the world, but to game the system and — in some cases — buy a better personal reputation. That's according to Anand Giridharadas, former New York Times columnist and author of "Winners Take All: the Elite Charade of Changing the World."

Giridharadas talked with "To the Best of Our Knowledge" producer Shannon Henry Kleiber about how to bring more equality to the giving structure in America.

Anand Giridharadas: In the Middle Ages, there was a thing you could buy called a "papal indulgence" that allowed you to live a bad life. And, just in time before the buzzer went off, (that person could) pay some money and get (a) kind of guaranteed passage to heaven.

And what a lot of these rich folks are doing in our time is a form of secular papal indulgence.

Shannon Henry Kleiber: You talk about this as "predatory philanthropy." This is something that is pretty dark.

What I am raising (is) a question about is our system. A system that is built on a "winners-take-all" economy in which people at the top of the game of capitalism practice an extreme form of it unseen in most other rich countries. That is essentially a slash-and-burn form of capitalism.

SHK: When I covered this world in Washington D.C., the people who were making the technology money then ran for public office. They were the philanthropists and they were buying the sports teams. They were running D.C. It's still like that. If they're not changing the world, who will?

The reality is we've forgotten the heritage of how we make change in this country. And we've always made the important changes from below, through movements of the people demanding justice, demanding the expansion of rights.

What has happened in recent years is people like the people you mentioned, people who've made a lot of money in business have decided that they are experts on whatever they want to be experts on. I always joke: You never get in a car with a philanthrocapitalist because they do not know how to stay in their lane. They swerve all the way across the highway of life. If you've had a little bit of success in a niche telecom business, or some kind of car parts manufacturer, you immediately think, "You know what, I'm pretty qualified to rethink the public schools in Dayton."

I think what we need to think about in this country is how to reduce the voice of rich people. And if you are a rich person who wants to make America better – honestly — and you're listening to this, ask yourself, "How can I reduce the volume of my voice?"

SHK: If they’re listening, I can imagine rich people are thinking, "Well, then, what am I supposed to do with my money and my influence?"

AG: The simple (kind of pithy) advice I give to folks who want to give better is to shift from giving back to giving up. Giving back is standing on top of an indefensible mountain and throwing a couple of gold coins down.

What if Jeff Bezos were to actually invest $1 billion or $2 billion in the future of worker power in this country: organizations trying to build stronger unions and figure out the future of collective bargaining. That would put his own privilege at risk. That might reduce his net worth, but he was only able to build Amazon because he got lucky. He built it in a moment which he didn't cause, he inherited a moment of particularly low-worker power in this country.

Jeff Bezos should give in ways to ensure that there is never another Jeff Bezos.

SHK: This makes me think that the biggest challenge in what you're talking about might be ego.

AG: I think it's as simple as seeing the fact that giving in this country so often comes with putting your name on something. I don't think giving should come with your name on it. For (it to be) truly generous, you should make sure your name is not on it.

If you're putting your name on a gift, on a building, on whatever, you're purchasing something. If you do get a naming right, why do so many people put their own name? Why can't they name it "The Rosa Parks Library"? It's extraordinary it doesn’t occur to people to put someone else's name, a name of someone who would be a hero and would inspire people on the wrong side of power to challenge systems and structures.