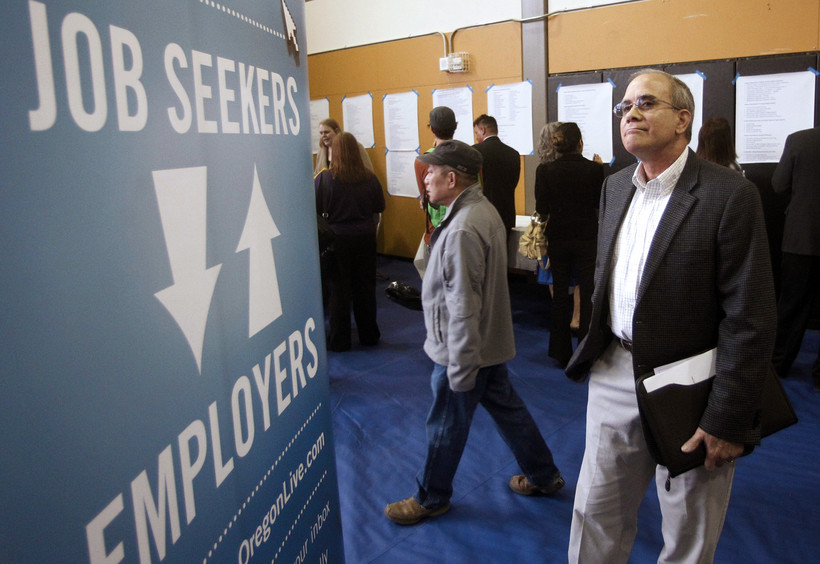 Statewide Unemployment Rate Falls To 7 Percent In July, But Some Economists Warn Of Slowdown

Wisconsin's unemployment rate fell to 7 percent in July, down from a revised rate of 8.6 percent in June, according to new numbers from the U.S. Bureau of Labor Statistics that were released Thursday by the state Department of Workforce Development.

Nationwide, the unemployment rate in July sat at 10.2 percent. That's a small improvement from June and down from a high of 14.7 percent in April.

"We're down at levels that are at least in single digits, so, that's good news," said Dennis Winters, chief economist at DWD. "We're still at a fairly high rate that we haven't seen in some time, and it's all due to the economic ramifications of the pandemic."

The new job numbers come as other national economic indicators reveal a fragile economy as the U.S. approaches six months into the coronavirus pandemic. The U.S. Department of Labor announced Thursday that the number of initial applications for unemployment insurance rose last week after trending downward since the beginning of August.

Menzie Chinn, a professor of public affairs and economics at the University of Wisconsin-Madison, said the data from BLS shows a slowdown in Wisconsin's recovery. He pointed to the 30,500 jobs the state added in July, numbers that are much smaller than the 104,600 jobs added in June.

"There's a clear deceleration that's mirroring the deceleration at the national level," Chinn said. "And so the big question going forward is if the national numbers stagnate, trend sideways, do we in Wisconsin follow?"

Despite significant improvement since April, the health of local economies across the state remains mixed. In June, unemployment fell in all of Wisconsin's 72 counties. But the data showed that many counties continue to see high levels of unemployment. Menominee County had the highest unemployment rate in the state at 20 percent, followed by Forest County at 18.5 percent and Iron County at 14.2 percent.

The counties with the lowest unemployment rate in June were Lafayette County with 5.7 percent, Clark County at 6.1 percent and Taylor County with 6.2 percent.

Economists said a lot of uncertainty remains about how long it will take for Wisconsin's employment picture to return to pre-pandemic levels.

"When the general populace is comfortable with resuming ... what their normal lives were, we'll start to see the economy normalize and things turnaround," Winters said. "It's a little too early to say if that's in a few months or a couple years."

Chinn said he expects it to be years before unemployment returns to levels seen before the outbreak. But he also noted that, even when that does happen, a significant number of workers are likely to have been so discouraged by their job prospects that they'll have exited the labor force entirely.

"It's likely unemployment will remain elevated for quite a long time," he said.