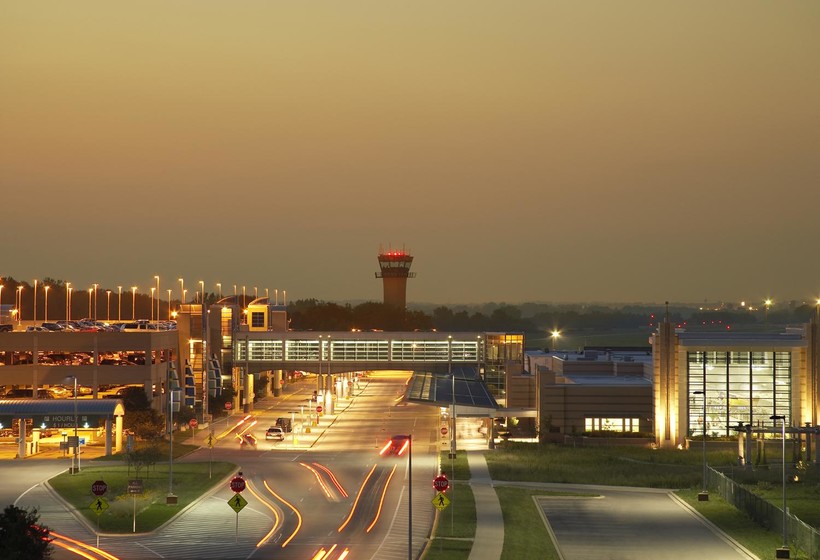 State's Airports Still Seeing Large Drops In Travel, But Numbers Improving For Some

Airport Officials Seeing Increase In Leisure Travelers, But Not Those Traveling For Business
By Rachael Vasquez
Share:

As the COVID-19 pandemic continues to limit travel for many, a number of Wisconsin airports continue to report dramatically fewer passengers than pre-pandemic levels.

For Madison's Dane County Regional Airport, the second-largest commercial airport in the state, the total number of passengers getting on and off planes was down 87 percent in June compared to the same month in 2019.

Kim Jones, director of the Dane County Regional Airport in Madison, said the airport certainly hasn't returned to normal yet. Jones described the airport in the early days of the pandemic as a "ghost town," but she added that she's seeing more and more people in the airport terminals in recent weeks.

La Crosse Regional Airport saw enplanements, the number of passengers getting on planes, fall 84 percent in June and 68 percent in July compared to the same months in 2019.

"2020 started out shaping up to be a great year, and since then it's not been so good," Ian Turner, director of the La Crosse Regional Airport said.

Turner said, despite the continued decline, they're starting to see things improve, adding that the next few months will give him an indication about whether the steep drops are starting to level off.

James Peoples, a professor of economics who specializes in the transportation industry at the University of Wisconsin-Milwaukee, said that it's clear that airports are hurting because there are less flights on the part of airlines and less demand on the part of travelers.

But Peoples also pointed to another drain on business for airports: the banning of flights from certain countries into the U.S.

"Heading that list is a major country which is China where we get a lot of tourism, as well as a lot of cargo service," Peoples said. "So that's another way the airports have been harmed."

As of Wednesday, the U.S. Centers for Disease Control and Prevention restricted travelers from China, Iran, much of European Union, the United Kingdom, the Republic of Ireland and Brazil from entering the country.

"I think the leisure has come back pretty well," Piette said. "It's that business sector (that hasn't)."

A recent University of Wisconsin-Oshkosh survey of Wisconsin businesses showed a large reluctance on the part of business owners to engage in business travel or leisure travel.

Peoples said one concern for airports is the possibility that some businesses will start relying on virtual meeting platforms like Zoom and Skype, and reduce their business travel even after the pandemic is under control.

"It's hard to predict whether this will be a long-term effect," Peoples said. "But what could happen is alternative services improve, and that would mean that the airport and airline industry would be facing a completely different market because they're now competing with ... these online communication services."