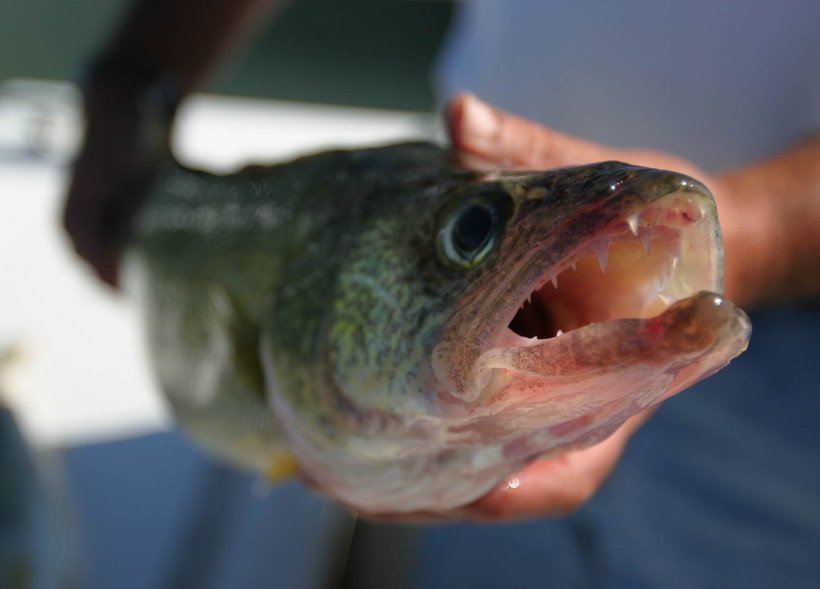 Interference With Tribal Treaty Rights Could Lead To Fines Or Jail Time
By Danielle Kaeding
Share:

An incident involving gunfire near tribal spearfishers last year is prompting tribal and state officials to send a warning that harassment won’t be tolerated during this spring’s tribal spearfishing season.

The incident occurred last spring on Little Saint Germain Lake in Vilas County, according to John Johnson Sr., president of the Lac du Flambeau Band of Lake Superior Chippewa. He said one of the tribal fishermen involved in the incident was his younger brother Greg.

"When they were out, there were some obscenities, and they were heading across the lake and they heard gunshots," said Johnson.

The perpetrator of the incident was Saint Germain resident James Kelsey, 62, who was convicted of interfering with hunting, fishing and trapping and ordered to pay a $343.50 fine.

This spring, wardens with the Great Lakes Indian Fish and Wildlife Commission (GLIFWC) will be working with law enforcement officers to conduct patrols in areas where tribal members will be spearfishing. Now, the Wisconsin Department of Justice and the Department of Natural Resources are sending a message that interfering with tribes’ federal treaty rights to hunt, fish and gather is a crime that won’t be tolerated.

"We fully support Ojibwe sovereignty and treaty rights," said DNR Secretary Preston D. Cole in a statement. "The department has zero tolerance for harassment of tribal members who are exercising their treaty rights."

During the late 1980s, violent mobs would gather at boat landings to hurl rocks and insults at tribal spear fishers after a federal judge reaffirmed their rights to hunt, fish and gather in territories that were ceded under treaties with the federal government. While there are no longer mass protests, Attorney General Josh Kaul said incidents still occur.

"We want to make sure that there's no escalation of those incidents, and in fact, that things are going in the right direction and that there's a reduction and, hopefully, even elimination of any interference," said Kaul.

He emphasized that those found guilty of interfering with lawful hunting, fishing or trapping could face a $10,000 or up to nine months in jail. He added that people may also be charged with a hate crime if the act is based on race or other factors.

"This is potentially very serious criminal activity if somebody is engaged in it, and so people should be aware of that if they do try to interfere with people's rights, that there are serious criminal consequences," said Kaul.

Johnson, who is also chairman of the Great Lakes Indian Fish and Wildlife Commission Voigt Intertribal Task Force, fears that many incidents that have taken place in the last 30 years have gone unreported. GLIFWC spokesperson Dylan Jennings agreed.

"That could be from a number of things from potentially fear or from thinking that nothing will happen," said Jennings. "But, a lot of a lot of our communities, I think, have become so desensitized to this issue."

Jennings said tribal members have also been criticized for not using the same tools or equipment to practice their cultural traditions as they’ve used in the past.

"Every community has the right to advance," he said.

Jennings hopes harvesters will report any interference they may encounter this year. The commission is advising people to keep a safe distance from those seeking to interfere with spearfishing, call 911 and report the location and details of any harassment.

Each tribe sets a quota of how many fish they intend to harvest, which is documented and reported to the DNR. A total of 842,423 walleye were speared between 1989 and 2018, according to GLIFWC. The commission's data shows fewer than 600 tribal members spear fish each year. Johnson said tribes usually harvest around 30,000 walleye each year, representing a fraction of the walleye harvested by state sports anglers in ceded territory.