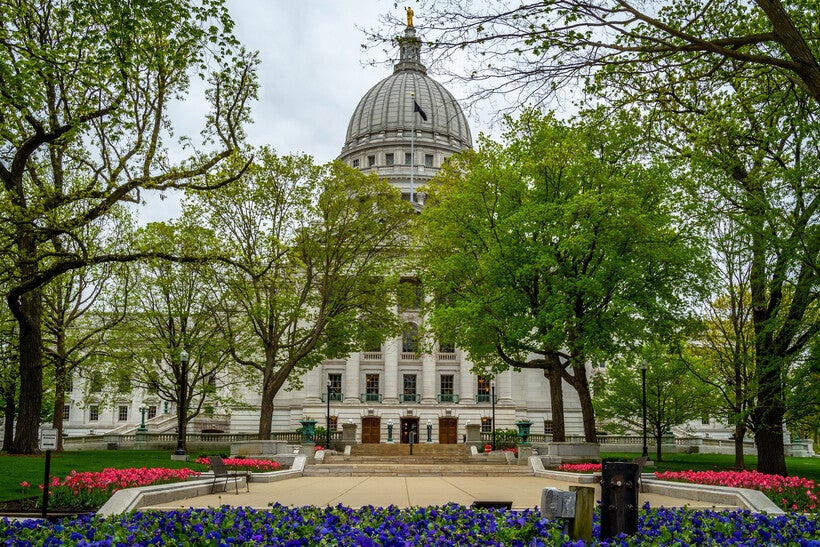 A ballot measure sought to get rid of the office in 2018
By Leah Treidler
Share:

In 2018, a failed ballot measure sought to eliminate the state treasurer position. But this year, six candidates for the seat attest the role is indispensable.

Over the past few decades, governors and state legislators have stripped away more of the office's official duties. The winning candidate’s main job will be to sit on the Board of Commissioners of Public Lands (BCPL), which manages a trust fund valued at more than $1.4​ billion and 77,000 acres of state land. The board invests mainly in public schools, libraries and infrastructure projects.

Previous candidates have used the job as a political stepping stone. Current Treasurer Sarah Godlewski was running for U.S. Senate until Friday and former Treasurer Matt Adamczyk made a failed run for the State Assembly in 2018.

This year, three Democrats, two Republicans and a Constitution Party candidate are vying to take over the office, which has just one full-time employee.

Gillian Battino, a breast imaging radiologist living in Wausau, said she’s running for treasurer to expand the office and rebuild trust in politics.

"Physicians are some of the most trusted American professionals, and that trust extends beyond their field of expertise," she said. "Because physicians are tasked with telling hard truths, and because they have a practice of making evidence-based decisions."

Battino said she’d use the office as a "bully pulpit" to speak scientific truths in support of reproductive care, and spread factual information about infectious diseases and the climate crisis. She announced her candidacy for U.S. Senate last year and dropped out of that race to pursue the treasurer position in February.

As a member of the BCPL, Battino said she would work to make grants and loans more widely available to municipalities, state parks and other government-based organizations.

Aaron Richardson, the current mayor of Fitchburg and a technology specialist in the Oregon School District, said he’s in the race so he can focus on helping the people of Wisconsin full time.

One of his top priorities, he said, is maximizing funding for education as a member of the BCPL.

In that seat, Richardson would also pushing for investments in municipal infrastructure and conserving state and county parks.

Outside of the board, Richardson said he’d work to boost students’ financial literacy by distributing educational materials and support policies and programs to increase access to homeownership.

Angelito Tenorio, an alder in his hometown of West Allis and the son of Filipino immigrants, said he’s running so "we all have a chance to live and thrive in our state."

"I believe it's important that we have an independent fiscal watchdog, advocating for accountability and transparency," he said. "I also believe in fighting for economic security, looking out for the financial well-being of all folks in Wisconsin, no matter what background they come from."

As a member of the BCPL, Tenorio would back investing in roads, public schools, libraries and efforts to fight climate change.

"I believe in using the funds to invest in clean energy projects and renewable energy and solar panels, working with local communities across our state to prioritize climate resiliency," he said.

Unlike many in the race, John Leiber, an attorney and "small government conservative," has no ambitions to grow the office. With his experience in law and working in the state Capitol as legislative aide, Leiber said he’s prepared to tackle the role.

"We need somebody who has fiscal responsibility and is reliable, understands how to work on a board and get things done and is focused on keeping the treasurer's office small instead of expanding it," he said.

As a member of the BCPL, he’d support investing in school libraries, upgrading technology at schools and maximizing investment income.

"I'm looking to … make sure we're getting the maximum returns for taxpayers, because this trust fund belongs to all the taxpayers in the state," he said.

If elected, Orlando Owens, southeastern regional director for Sen. Ron Johnson, said his top priorities on the BCPL would be workforce development and supporting local economies.

Owens said he’d be a "watchdog for the people" and wants to restore the office’s original responsibilities, like overseeing how the state allocates funding and auditing departments.

This year is Wisconsin Constitution Party Chairman Andrew Zuelke’s third time on the ballot for state treasurer. He made failed runs in 2014 and 2018.

Zuelke said he wants to send a message to Democrats and Republicans that "voters aren’t afraid to vote for somebody else."

"If we did it for the treasurer, we'd do it for other offices," he said. "That’ll force them to be more accountable."

Zuelke said previous moves to diminish the office have been "dishonest," and he’d work to expand the role and hold government officials accountable. He said he’d act as a "watchdog for the taxpayers," pointing out fraud and looking for "government waste." One of his first moves would be to simplify the tax code.

"I believe we ought to strip the whole thing down and just start over," he said.