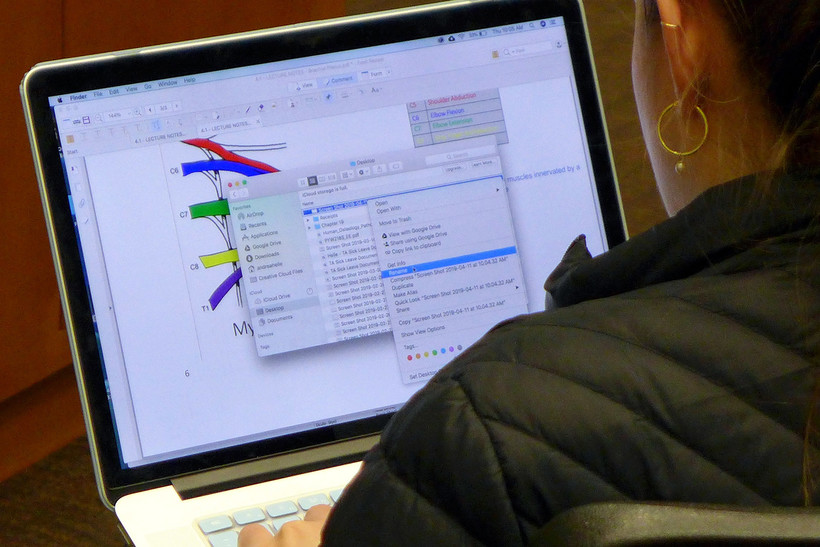 Decades-Old Law Requires UW Board Of Regents To Sign Off On Some New Associate Degrees
By Rich Kremer
Share:

The Wisconsin Technical College System is seeking a change in state law to allow campuses to develop new general education degree programs without University of Wisconsin System approval. The request comes as higher education leaders across the country grapple with declining enrollment.

A nearly 50-year-old statute mandates state technical colleges get approval from the WTCS Board and the UW Board of Regents before expanding associate degree offerings in general education beyond what was offered in 1973. The law also requires the UW System to get approval from the technical college system board before expanding "semiprofessional or skilled-trade" training programs beyond what was offered that year.

WTCS President Morna Foy told WPR campuses around the state would like to expand two-year associate of arts and associate of science degrees and the statute adds a "lengthy step" to an already rigorous process of developing new degrees at tech colleges.

Of the state's 16 technical colleges, only six have the ability to offer two-year general education degrees. Wisconsin Indianhead Technical College, in the state's northwestern region, partnered with UW-Superior to create an associates of science in liberal arts degree last year. In December, the UW Board of Regents approved the expansion.

Barker said CVTC students are asking for an associate of arts degree, which would feature more credits in humanities courses and fewer in math and science at a lower cost than UW offerings. He said he reached out to leaders at UW campuses in River Falls, Menomonie and Eau Claire last year.

"I got a very nice letter back from the three chancellors explaining that, no, they would not support that at this time," said Barker. "And I think that's a system decision under Tommy Thompson. But at this point, we're hitting that roadblock."

Communications staff at UW-Eau Claire and UW-Stout told WPR they would not comment on CVTC's request or the overall proposal by the state's tech college system.

In it's 2021-23 state budget request, WTCS asked Gov. Tony Evers to remove the 1973 requirement for UW System approval.  The governor did not include the change in his biennial budget proposal. But state Rep. Dave Murphy, R-Greenville, who chairs the Assembly Colleges and Universities Committee, told WPR he's going to continue the push either through an amendment to the state budget or a standalone bill.

Murphy said officials at Fox Valley Technical College have told him they've had trouble recruiting students from other states due to the lack of associate of arts and science degree options. He said removing the statutory language will improve access to higher education and help the state move towards a goal of having 60 percent of all residents have some form of post-secondary education.

Murphy said the law, as it stands now, tends to be a one-way street.

"The (UW System) never takes that into account and never feels like they need to get permission to expand their programs in any way," said Murphy. "But the tech colleges really take this pretty seriously. And they try not to step on the feet of the UW. And so I'm just trying to get them on a little more of an equal playing ground there."

The push for expanding degree options at tech colleges is especially poignant at a time when enrollment at UW System two-year campuses is down by more than 50 percent compared to figures from 2010.

The WTCS argued in their budget request that changing the approval process won't "siphon off" students from the UW's four-year universities. But UW Board of Regents President Drew Petersen, who once also led the WTCS Board, told WPR the system is working to expand the number of two-year associate degrees conferred by the UW's two-year campuses. Petersen said he's concerned the proposed degree expansion at tech colleges could lead to "duplicating efforts."

"I think the question for the Legislature will be, does it make sense to have multiple institutions of higher education in the state of Wisconsin cross-pollinating into each other's businesses? And that is not my decision to make."

Technical colleges and UW campuses around the state have been working for years to expand what are called articulation agreements, which aim to make it easier for technical college students to transfer into UW schools and vice versa.

Bryan Albrecht, president of Gateway Technical College, based in Kenosha, said the ability to offer general education associate degrees would help students in the region since there isn't a two-year UW campus nearby.

While articulation agreements have been forged with campuses like UW-Parkside and UW-Milwaukee, "it still can be difficult for students to navigate all of the different requirements through an articulated path," said Albrecht. "So, if we had the legislative authority to offer those science degree paths, that would make it a lot more seamless for our students."

It's unclear how many state lawmakers would support allowing the state's tech colleges to bypass UW system approval when expanding general education degrees. Another unknown is whether Evers, who was an ex officio member of the UW Board of Regents for nine years, would back the effort. Communications staff at Evers' office did not respond to an interview request sent by WPR.