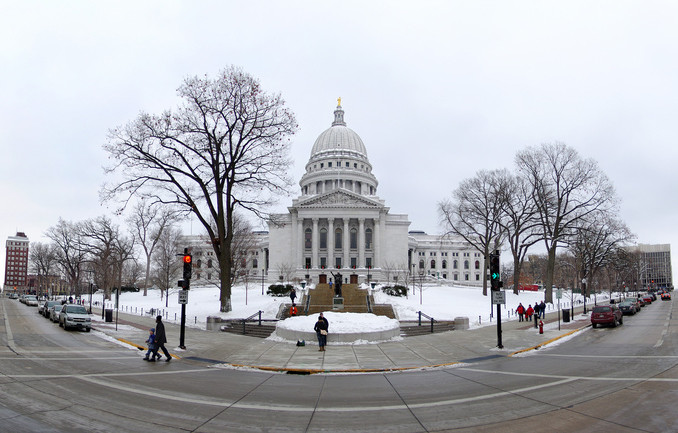 Republican state senators are poised to pass a bill Wednesday morning that would restrict early voting in Wisconsin. The move follows a lengthy debate on the plan Tuesday night that was at times heated and personal.

Sponsor Sen. Glenn Grothman, R-West Bend, told colleagues that he wanted to “nip” early voting “in the bud” before it spread to more communities.

“Before we have a permanent situation in which we have two classes of citizens in this state—people who live in an area in which they have polls open 60-70 hours a week and people living in areas in which they have early voting four or five hours a week—I think it's time to make it uniform as soon as we can,” Grothman said.

Grothman's bill would limit early, in-person absentee voting at a city clerk's office to 45 hours a week. Weekend voting ahead of an election would be banned.

The change would be felt most abruptly in Madison and Milwaukee, where early voting and weekend voting has been offered for years. Sen. Jon Erpenbach, D-Middleton, suggested to Republicans that it was no coincidence that those cities vote for Democrats.

“There are certain people in this chamber who don't want people to vote using absentee ballots because they're afraid they might not be voting for them,” Erpenbach said.

“I know the senator from the 28th hates Milwaukee, she hates the poll workers, she hates that blacks and Latinos are coming out,” Carpenter said.

At this, Sen. Lazich loudly objected. Republicans later admonished Carpenter, though he never backed down from his remarks.

Democrats used a procedural move to block a final vote on the bill Tuesday night, but their victory was only temporary. Republicans are scheduled to reconvene later Wednesday morning to give the bill a final vote.