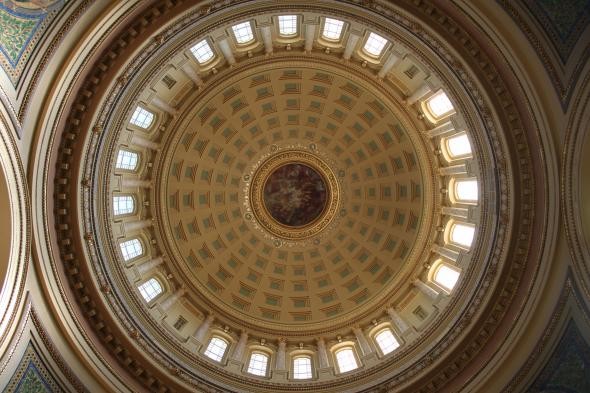 State lawmakers would gain new powers to block administrative rules that are deemed costly for businesses under a measure that cleared the state Senate on Tuesday.

The measure is a top priority for business groups that say it would hold bureaucrats accountable, but Democrats argued it would prioritize businesses’ wants while shortchanging the public good.

"This is the broadest, most dangerous bill you’ve never heard of," said Sen. Kathleen Vinehout, D-Alma. "It's an obscure way to shut down government from doing something that the Legislature intended it to do."

The measure’s sponsor, Sen. Devin LeMahieu, R-Oostburg, said the change was cause for celebration.

"What it does is it shifts the power back to us, the elected officials, in the rule-making process," said Oostburg, author of the plan known as the REINS Act.

Administrative rules are the fine details of laws written by policy experts at state agencies. Under the bill that passed the Senate on Tuesday, if a rule is projected to cost more than $10 million to implement, it would be blocked unless the Legislature passes a separate bill to move it forward.

If the government's cost estimate for a rule came in under $10 million, the bill that passed the Senate would let legislators hire a private consultant to perform a new estimate.

Vinehout said the $10 million threshold for blocking administrative rules was arbitrary, and didn’t consider the benefits of laws that protect constituents.

"The way this bill is drafted, only one side of the equation is considered, and that is the cost to business," Vinehout said.

LeMahieu said the $10 million figure was chosen so that most administrative rules would not be affected.

"The purpose of this legislation is to prevent really bad and costly rules from happening," LeMahieu said. "It’s not intended to be used all the time."

The plan was also amended to let the Legislature’s Joint Committee for Review of Administrative Rules block proposed rules indefinitely.

LeMahieu said previously the legislation was aimed at decisions like a 2010 rule setting stricter standards for phosphorus released by Wisconsin factories and wastewater treatment plants.

The bill passed 19-14 with Sen. Robert Cowles, R-Green Bay, joining all Democrats in opposing the plan. Cowles said the phosphorus rule that was the "face" of this bill was initiated by the federal government.

"I don’t know why we think that we can stop a federal rule," Cowles said.

In other action Tuesday:

Several of the bills would increase treatment for opioid abuse. They were part of Walker’s special session on opioid abuse.

Senators passed a bill that would legalize delivery robots in Wisconsin.

It would let "personal delivery devices," which are the size of a large cooler, operate on sidewalks if they weigh less than 80 pounds and go no faster than 10 miles per hour. Backers say it would reduce delivery costs for consumers.

While the plan received a voice vote in the Senate, Sen. Janet Bewley, D-Ashland, said technology like this represents a troubling trend.

"What kind of world are we going into when all we do is celebrate the fact that we are creating labor saving devices which take away jobs," Bewley said.

"I think we can all agree that cheese deserves a place of honor and recognition among our state symbols," said Sen. Howard Marklein, R-Spring Green, the measure’s sponsor.

The idea for the bill came from a fourth grade class in Marklein’s district.

It passed on a voice vote.