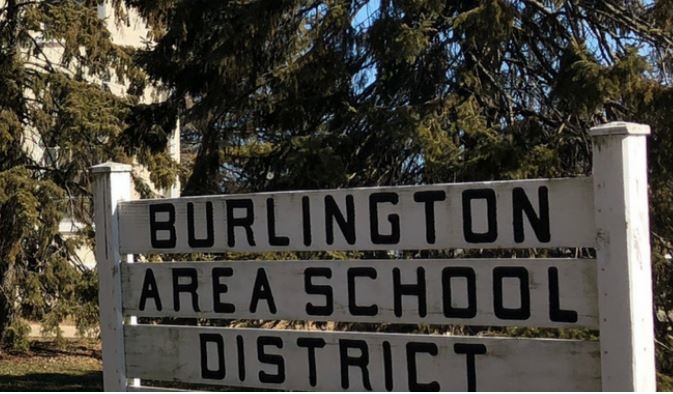 The Burlington Area School District did not follow the requirements of its discrimination policy in its response to allegations of racism by high school football players, according to a recent decision by the state Department of Public Instruction, or DPI.

The accusation stemmed from a football game last fall, in which Burlington football players allegedly called a biracial player from Westosha Central High School the n-word.

Laura Bielefeldt, president of the Burlington Coalition for Dismantling Racism, filed a complaint in September with the district about the incident. Although she is not the parent of the student in question, she said the allegations concerned her greatly.

"All of our children should be able to feel comfortable and have an environment in school that is conducive to their learning," she told Wisconsin Public Radio. "If students are worried about being racially harassed, their needs aren't being met."

Last fall, the district conducted an investigation of the incident, speaking with students, coaches and game officials. That investigation concluded that both teams engaged in unsportsmanlike behavior, according to a September 2021 statement from the district.

Bielefeldt thought the district's investigation did not meet the requirements of its nondiscrimination policy, so she and the American Civil Liberties Union of Wisconsin appealed the decision to DPI in October.

On Friday, DPI released the decision that said the district must follow a certain protocol in response to discrimination complaints.

"The existence of a separate investigation that may be occurring by other district staff does not relieve the District of its obligation to comply with the specific investigation procedure it has identified and adopted for discrimination complaints," DPI's decision read.

This is not the first time the Burlington district has been under fire for racial reasons. Last April, DPI found a racially hostile environment in Burlington schools, ordering the district to work through a corrective action plan.

In its decision, DPI said the actions needed to address this incident are mostly covered by the ongoing corrective action plan. However, as a part of the latest decision, DPI ordered the district to add specialty training for staff related to the district's nondiscrimination policy and how to handle complaints and investigations.

In a statement, the district said staff received the training Monday.

Elisabeth Lambert, staff attorney with the ACLU of Wisconsin, said the football players' conduct was "explicitly racial" and should not be addressed as a simple issue of sportsmanship.

"To try and reframe racial harassment as just a sportsmanship issue diminishes the discriminatory impact of the conduct," she said.

The ACLU plans to monitor the district's implementation of the corrective action plan, Lambert said, including the football team's conduct this fall.

DPI did not immediately respond to requests for comment.