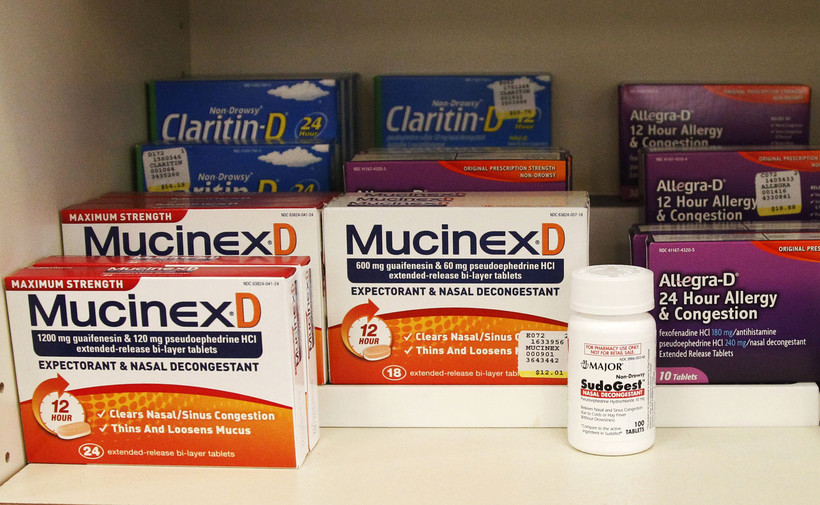 This July 19, 2010 file photo shows medications containing pseudoephedrine on display behind the counter of a pharmacy in Edmond, Okla.

State Looks At Another Way To Curb Meth Labs

Lawmaker Wants All Pharmacies To Enter Sales Data For Pseudoephedrine Electronically Instead Of By Paper
By Shamane Mills
Share:

Wisconsin may take additional steps to curb misuse of a common over-the-counter cold and allergy medicine. The state already limits how much pseudoephedrine consumers can buy.

But a state drug agent says that information could be better tracked and shared by replacing paper with an electronic system.

Under Wisconsin law, consumers are limited to 7.5 grams over 30 days.

"It is common for 'meth cooks' to solicit others to purchase pseudoephedrine on their behalf or travel to multiple retailers themselves to avoid detection at those retailers who utilize a paper logging system," Winscher said.

The switch to an electronic tracking system would not cost the state anything; manufacturers of pseudoephedrine pay for the system.

"By utilizing this multi-state technology law enforcement can better assess the patterns and trends related to the production of domestic meth. This information is a resource for local, state and federal law enforcement," said the bill’s author Rep. Cody Horlacher, R-Mukwonago, during a public hearing of the Assembly committee on health Wednesday.

Methamphetamine use has primarily been a problem in northern and western Wisconsin. But Horlacher says there’s been a dramatic increase in cases in Walworth and Rock counties recently.

"Since the first of the year, both first responders as well as law enforcement have approached me regarding this bill as another way to fight the scourge of methamphetamine use," Horlacher said.

Meth is often made from various household chemicals, and pseudoephedrine is a key ingredient. Law enforcement say this can create fire hazards and inhalation of dangerous gases from ammonia and hydrochloric acid.

"Not only are the persons directly involved in the production process exposed to these hazards, but also children who are commonly in the home as well as law enforcement personnel investigating the illegal activities," Winscher told lawmakers.

Prescription painkillers and heroin have been the main focus of the state’s drug epidemic, but Horlacher said in some places of the state there’s been a shift from heroin to meth.

"It’s my understanding that methamphetamines are cheaper to produce and potentially give you a better high than what individuals receive from heroin," Horlacher said.