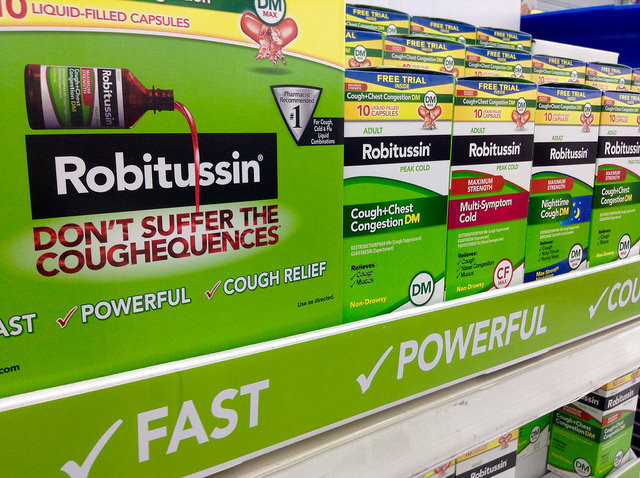 Bill Would Require Minors To Have Prescription For Products Like Vicks Nyquil And Robitussin
By Shamane Mills
Share:

Wisconsin lawmakers could soon require minors to have a prescription and show an ID to purchase common over-the-counter cold medicines.

The state Assembly will consider a bill Tuesday to restrict teenagers from purchasing products containing dextromethorphan, or DXM.

The substance can cause hallucinations, muscle spasms and double vision — a high young people have begun referring to as "robotripping" and "skittling." It can also be fatal.

Some pharmacies in Wisconsin have already moved cold and cough medications containing DXM behind the counter. One of the bill’s authors, Rep. Jesse Kremer, R-Kewaskum, said that's already occurring in his district.

"If signed into law, this legislation will be a very simple resolution to a challenge facing Wisconsin pharmacies and law-abiding consumers," he told colleagues in prepared remarks on the bill at a public hearing in December.

Vicks Nyquil and Robitussin are just a few examples of the cold medications that would be effected by this bill.

It’s estimated that 3 percent of teens in the United States are misusing medications containing DXM, according to a recent study funded by the National Institute on Drug Abuse.

Dr. Robert Rohloff cited the study in a letter to lawmakers and noted that medicines with DXM have not been found to be an effective cough suppressant in children.

"As a matter of fact, there was a study a few years back where they compared no treatment, dextromethorphan and honey as far as efficacy for suppressing cough, especially at night and allowing sleep. Whereas honey showed some positive effects, the dextromethorphan was no better than no treatment at all," said Rohloff, director of Quality & Safety for the Children’s Medical Group at Children’s Hospital of Wisconsin.

"There is no limit (on quantity) or prescription or recordkeeping mandate on sales of DXM products to non-minors," Stroebel said. "Parents will still be able to buy necessary quantities, adults will not have to obtain a prescription for dosages and retailers will not be required to place these products behind the counter."

The bill has support from law enforcement, health providers and pharmaceutical groups, like the Consumer Healthcare Products Association.

Both CHPA and Partnership for Drug-Free Kids have an education campaign aimed at young people where real users talk about the effects of abusing over the counter cough medicine containing DXM.

The plan has yet to pass the Wisconsin Senate.