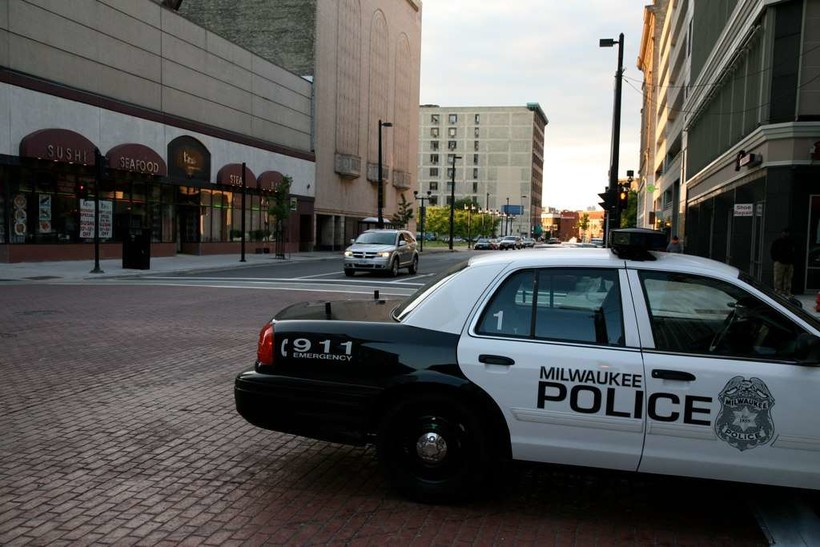 Officers In Wauwatosa, Milwaukee Continue To Receive Pay While Killings Are Investigated
By Corrinne Hess
Share:

Across Wisconsin, police and fire fighters are suspended for months, sometimes years, and still collect a salary from taxpayers.

Joseph Mensah, the Wauwatosa police officer suspended last week after fatally shooting three people in five years, is the latest to fit the description. The officer will continue to collect his salary from the city until he's convicted of a crime.

Mensah fatally shot Antonio Gonzales in 2015 and Jay Anderson Jr. in 2016. In both of those cases, he was cleared by the Milwaukee District Attorney. The Wauwatosa Police and Fire Commission has now hired an independent third-party investigator to review the evidence.

The third shooting, of 17-year-old Alvin Cole in February, is currently under review by the DA. Mensah has been on desk duty since the Cole shooting.

Kimberly Motley represents the families of the three men killed.

"Officer Mensah has shown he is a clear and present danger to the public," Motley said. "He is essentially an officer who has been on administrative leave for over a year of his five-year time period on the Wauwatosa Police Department, so he should absolutely be suspended without pay."

Still, Motley believes it’s better for Mensah to be at home.

"By the mere fact he was in the office, he could still do damage to people," Motley said.

The city of Wauwatosa has not responded to a request to find out how much money Mensah is being paid.

His family has launched a GoFundMe and raised about $12,000 to help pay for his legal fees. It is unclear how long the district attorney will review the Cole case or when Mensah could be reinstated.

Motley says she won’t quit fighting until the officer is fired.

Meanwhile, Milwaukee Police Officer Michael Mattioli was charged with first degree reckless homicide on May 13 after a fight at his home led to a man’s death. Mattioli has been on paid suspension since the incident April 19. He was paid $109,006 in 2019, plus $26,782 in overtime, according to a database of city salaries compiled by the Journal Sentinel.

Milwaukee Mayor Tom Barrett has called for Mattioli to be fired. The city’s Fire and Police Commission has taken over the case and is currently investigating the incident.

'When It Drags Out, It Can Be Hard To Explain To The Public'

Curt Witynski, deputy executive director of the League of Wisconsin Municipalities, said laws on police and fire commissions and their disciplinary policies have been in place at least 50 years.

Current Wisconsin law states: "No person shall be deprived of compensation while suspended pending disposition of charges."

"I think (while) there are some strong policy reasons for why that law is in place, it is a frustrating component of the law, especially when the process can drag on for long periods of time, and there are multiple appeals," Witynski said. "When it drags out, it can be hard to explain to the public.

"On the other hand, I think there were some reasons that justified this to be in there," he continued. "These officers wanted to be treated fairly. They are in a highly emotional, dangerous job and when an officer is disciplined, I think it makes sense to pay the officer until the outcome is determined. It's just that it sometimes lingers so long, it tends to not make sense."

A bipartisan state Senate bill was introduced in 2007 that would have required a police officer who was charged criminally to have a trial in 90 to 120 days. The bill failed.

U.S. Rep. Glenn Grothman was one of the sponsors. At the time, he was a Republican state senator.

Grothman said he doesn’t have a problem with officers being paid while they are suspended, but too often police unions drag out the suspension for so long that it drains the financial resources of municipalities.

"I don’t think (officers getting paid) is a big problem, provided they rectify things quickly," Grothman said. "But when you have a situation where it is dragged on for years, knowing that eventually that the person will lose their job, that is somewhat of an injustice to the taxpayer."

Former Madison Mayor Sue Bauman agreed it’s not fair to taxpayers to keep someone on the payroll if they are going to ultimately be terminated.

"There is a part of me that understands that if you are going to be reinstated, the fact that you get the money all those months or years later, you’ve had all that time without income and does affect your family," Bauman said. "On the other hand, the process could be shortened up, and we could get results more quickly."

Bauman said the process is often stalled because mayors and police chiefs don't make any decisions — fire and police commissions do.

Grothman says police unions are strong, so changing the law will need buy-in from multiple groups.

"It depends on the power of the mainstream media," Grothman said. "If the media wants to highlight things like this, they can force the Legislature to do things, and force governors to sign things. But if it’s perceived to be an obscure problem, it won’t change."

Zac Schultz with PBS Wisconsin contributed to this report.