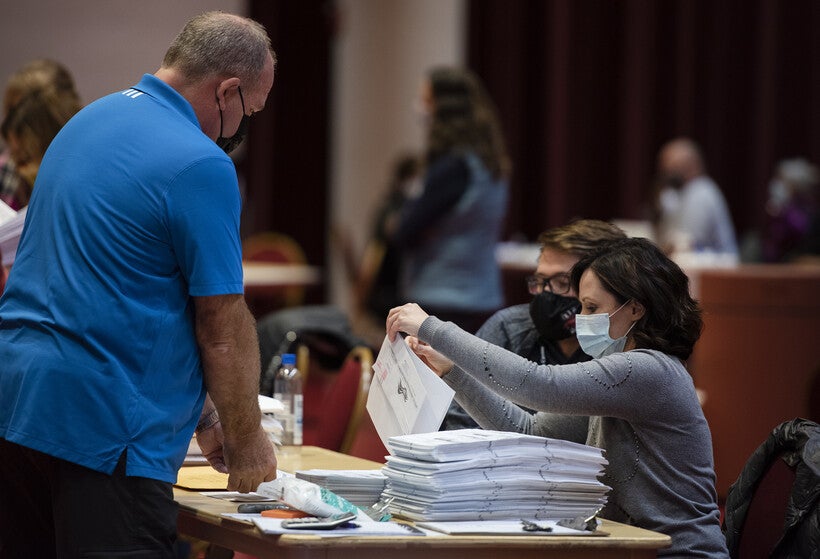 Workers go through a stack of ballots Saturday, Nov. 21, 2020, during the Dane County recount at Monona Terrace in Madison. Angela Major/WPR

Trump requested the recount in Milwaukee and Dane counties, both heavily liberal, in hopes of closing a more than 20,000-vote gap with Democrat Joe Biden.

On Saturday, Milwaukee County Clerk George Christenson said few ballots had actually been counted and the process was falling far behind schedule because of a steady stream of Republican complaints.

A lawyer for the Trump campaign denied one election commissioner's accusation that the campaign was acting in bad faith. 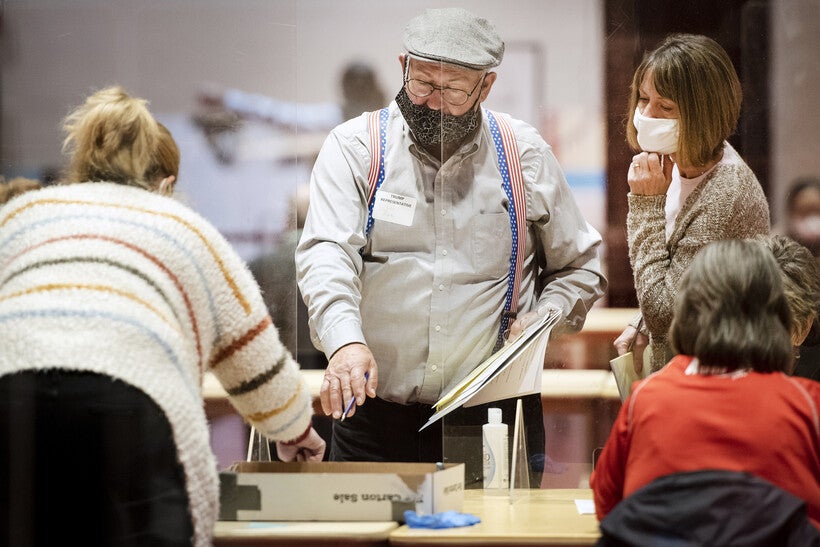 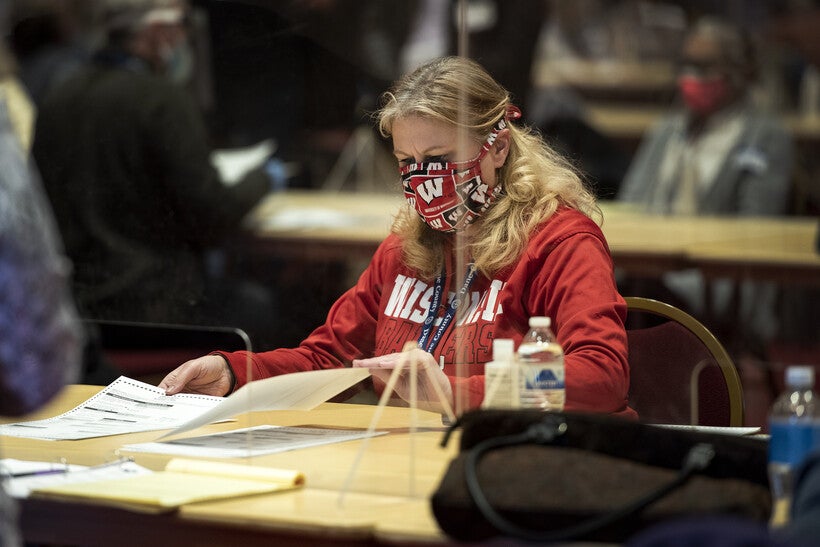 A worker sits behind plexiglass as she looks at ballots for the Dane County recount Saturday, Nov. 21, 2020, at Monona Terrace in Madison. Angela Major/WPR 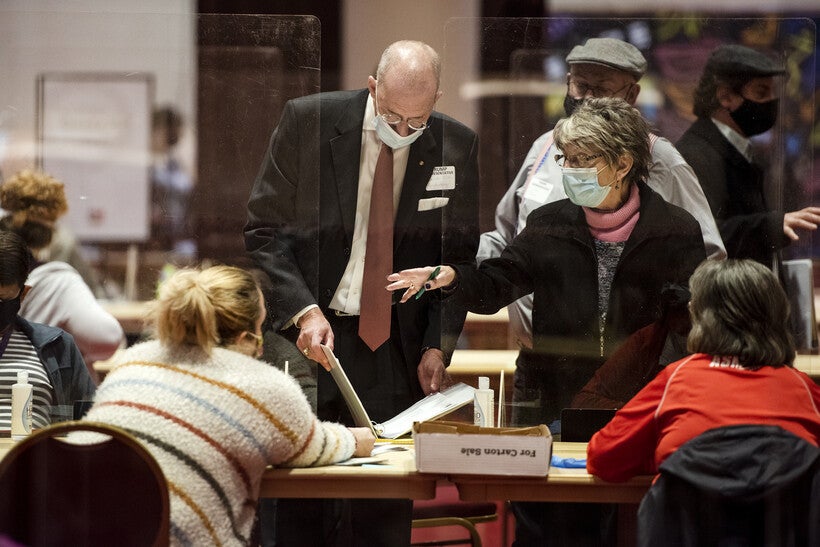