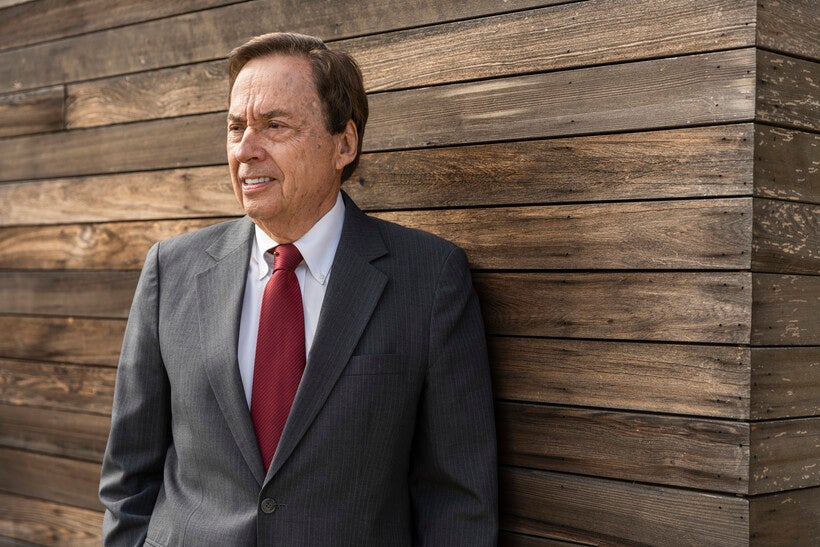 Robert “Bob” Spindell, Jr., is a Republican-appointed commissioner on the Wisconsin Elections Commission. Spindell says his mission is to protect the interests of the Republican Party. His appointment in late 2019 is one reason cited for the commission’s increasing number of partisan deadlocks. Sara Stathas for Wisconsin Watch

Wisconsin Democrats called for the resignation of a Republican member of the Wisconsin Elections Commission Wednesday following written remarks he made about lower voter turnout in Milwaukee’s Black and Latino neighborhoods.

The remarks by Bob Spindell were part of an email he sent to Republicans in the heavily Democratic 4th Congressional District, which comprises most of Milwaukee and some of its suburbs. They were first reported by the news site Urban Milwaukee.

In the email, Spindell seemingly celebrated the fact that turnout among Black and Latino voters in Milwaukee — a Democratic stronghold — was lower in November than in the last midterm elections in 2018.

Republicans "can be especially proud of the City of Milwaukee (80.2% Dem Vote) casting 37,000 less votes than cast in the 2018 election with the major reduction happening in the overwhelming Black and Hispanic areas," Spindell wrote.

At a state Capitol press conference, Democratic state senators and members of a host of voting rights groups quoted from Spindell's emails, calling the remarks racist and lauding of voter suppression.

Sen. LaTonya Johnson, D-Milwaukee, represents a district that is majority-Black and includes communities that saw lower turnout this election. She said Spindell’s remarks were part of an ongoing "public attack" on the votes of people of color.

Sam Liebert, Wisconsin State Director of the organization All Voting is Local Action, said groups including Common Cause of Wisconsin, the League of Conservation Voters and the ACLU of Wisconsin were calling for Spindell’s removal.

The groups also called for "a replacement who places free and fair elections above partisanship and reflects the great diversity of Wisconsin, particularly our historically disenfranchised communities," Liebert said.

In an interview with Wisconsin Public Radio Wednesday, Spindell said he's "definitely" not resigning from his position. Spindell's term runs until May 2026.

Spindell said his remarks were intended to showcase Republican inroads among voters of color.

"We're committed (to turning out voters of color), and I know the Dems don't like it, and I know the Dems weren't able to get the turnout that they had hoped to do. But we're working hard for the hearts and minds of all people, including the people in those communities," he said.

Spindell also said his email remarks were intended to showcase what he described as Democratic Party failures.

"And I think that is why many people had become disenchanted, you know, coming out to vote, including those in the minority community," he said.

Democrats also called for Senate Majority Leader Devin LeMahieu, R-Oostburg, to replace Spindell if he does not resign voluntarily. LeMahieu appointed Spindell to the bipartisan board in 2021.

Democrats said they had not reached out to LeMahieu directly. Johnson told reporters that she believed LeMahieu should have responded to the comments proactively.

"Why should we have to go to Sen. LeMahieu to ask him to remove Bob Spindell from the Commission?" said Johnson. "He heard these comments the same way that we did … it's not our responsibility to go to them to ask them to do the right thing. It's their responsibility to do it."

Asked about the calls from Democrats, LeMahieu's office declined to comment.

Wednesday was not the first time Spindell has weathered criticism from state Democrats — or even calls for his resignation. In early 2022, Democratic lawmakers demanded he resign for participating as a fraudulent elector for former President Donald Trump after the 2020 presidential campaign. Spindell is currently a defendant in multiple lawsuits related to that role, in both federal and state court.