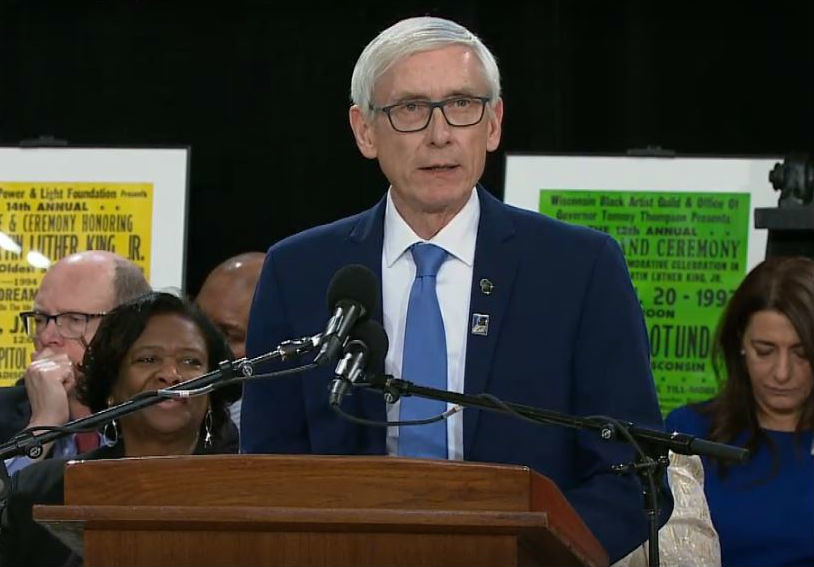 Politicians and musicians came together at the state Capitol on Monday for the 40th annual state celebration of Martin Luther King Jr.

Wisconsin's tribute to the slain civil rights leader is the oldest state celebration in the country, according to the University of Wisconsin. The tribute was hosted by Wisconsin Public Radio host Jonathan Øverby, who helped fill the ceremony with music. It featured performances by Milwaukee musicians like Curtis Eubanks and SistaStrings, a genre-blending violin-cello duo. 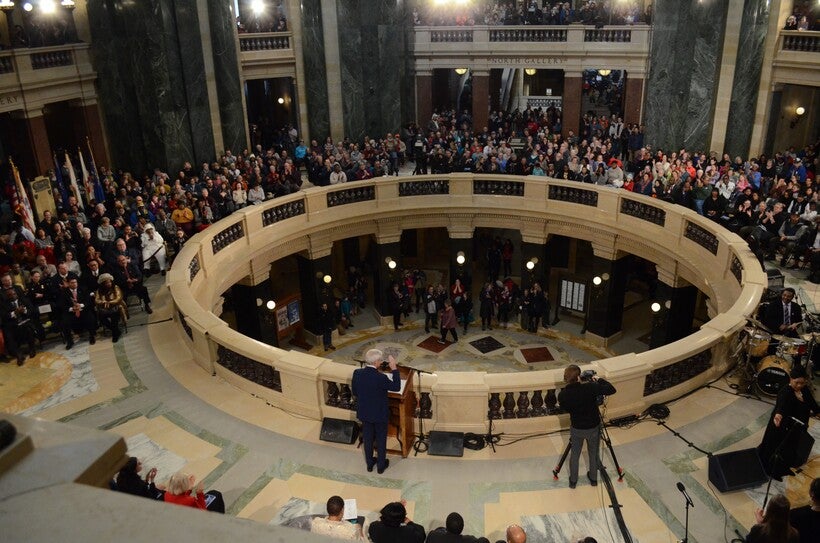 The keynote speaker was Ollie Watts Davis, a voice professor at the University of Illinois at Urbana-Champaign. Her message: Social change doesn't happen on its own.

"The moral arc of the universe is long, but it bends towards justice, according to our honoree today," she said. "So let's keep movin'."

Davis told the story of Marian Anderson, an African-American opera singer barred from performing at a concert hall in Washington, D.C., in the 1930s. She performed on the steps of the Lincoln Memorial instead in a 1939 concert that has become legendary. Anderson sang a rendition of "My Country, 'Tis of Thee" at that concert. Instead of "Of thee I sing," Anderson changed the words: "To thee we sing."

Davis opened her speech Monday the same way, with the same change in lyrics.

"She made America see her humanity," Davis said of Anderson's decision. "She iterated her citizenship by taking artistic license." 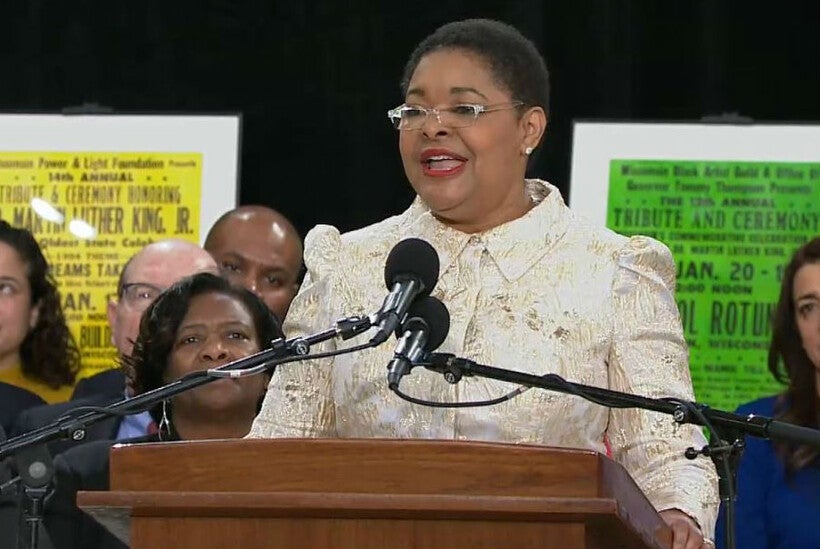 Dr. Ollie Watts Davis, a music professor at the University of Illinois at Urbana-Champaign, speaks at the Martin Luther King Jr. Tribute & Ceremony at the state Capitol in Madison on Monday, Jan. 20, 2020. Photo courtesy PBS Wisconsin.

Davis was pointing out music’s fundamental role in the fight for racial equality. A young King would go on to mention Anderson's performance at a high school speaking competition, which he won. During the civil rights movement, activists used songs like the iconic "We Shall Overcome" to inspire marchers.

"They have both died, survived and lived in a society that didn't always appreciate them. But you know what? We kept on keepin’ on, and we’re alive today," he said.

Near the end of the ceremony, Gov. Tony Evers read a proclamation against prejudice.

"Today on this federal holiday, the state of Wisconsin rejects bigotry and intolerance in all its manifestations and recommits itself to addressing pervasive institutional inequities and expanding opportunities and inclusion for Wisconsinites," he said.

Jean-René Watchou, of Madison, attended the ceremony with his children, Leá-Rosalie and Kenzo-Samuel, who said they are learning about King in school. 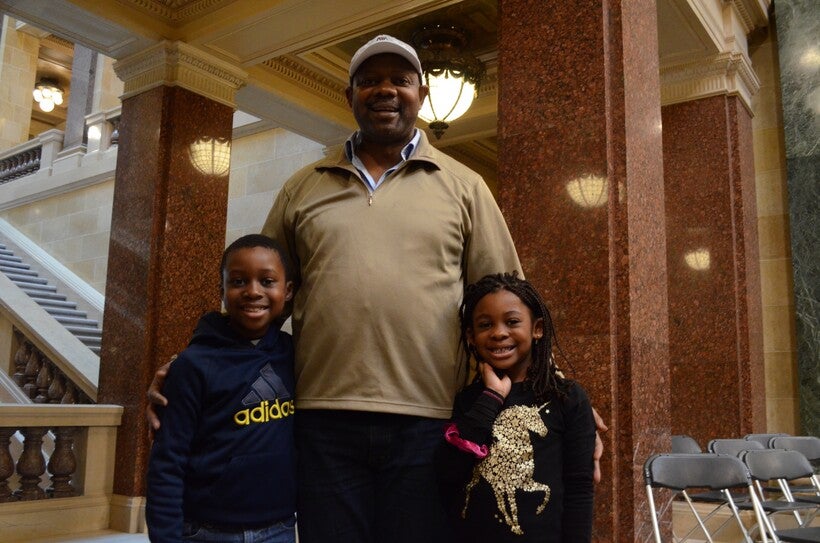 Watchou said it's important to keep up King’s fight and to educate others.

"People who are racist or who are pushing those kind of (doctrines) are just ignorant, so it’s really, really important for us to be here," Watchou said.