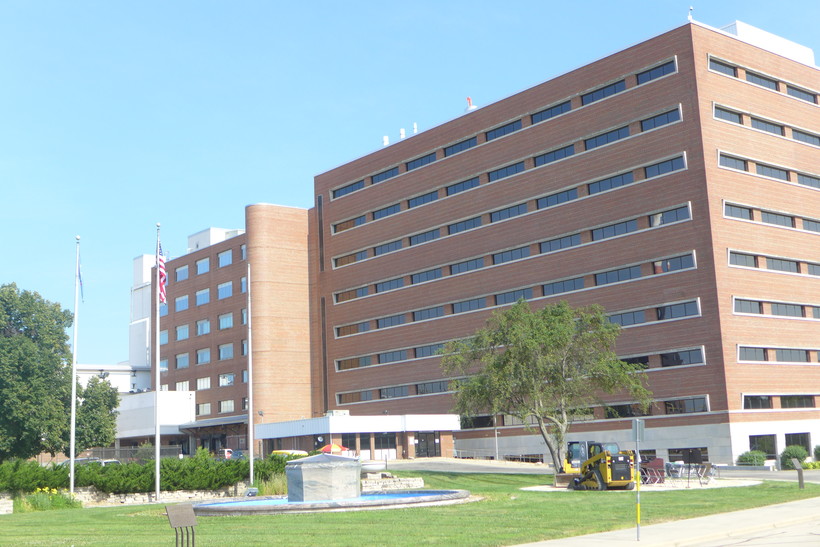 The main office building at Madison's old Oscar Mayer plant is one of several pieces of property slated for redevelopment. Shawn Johnson/WPR

The state has awarded a $500,000 grant to help redevelop the nearly century-old Oscar Mayer plant on Madison's east side. The entire project is expected to cost roughly $20 million initially, and if all goes as hoped, developers say it could transform the dormant industrial site into a mix of businesses, possibly including data centers, movie theaters, brew pubs and apartments.

The Oscar Mayer plant was one of several closed by parent company Kraft Heinz following a multi-billion dollar merger that made it one of the world's largest food companies.

While it's still unclear what will ultimately replace the company, backers say it will likely include a mixture of tenants, not just a single business.

"We envision a lot of companies," said project manager Nate Ellis. "We envision the economy as it is today, which is really represented by a little less manufacturing and a lot more services and professional services."

At a ceremony announcing the grant from the Wisconsin Economic Development Corp., Lt. Gov. Rebecca Kleefisch and Madison Mayor Paul Soglin expressed high hopes for what might come next.

"Today the 'phoenix' rises from the ashes of disappointment because development is going to be here," Kleefisch said.

"We've got entire neighborhoods of homes here and kids who went on to great things as a result of Oscar Mayer," said Soglin, who is also running for governor. "We are going to do some great things on this site in that tradition."

Part of the funding will help rewire the Oscar Mayer property so that the electrical bill can be split among different businesses instead of just one. Similarly, the natural gas lines that fed Oscar Mayer will need to be reconfigured for multiple users.

"You had a tenant who used these buildings for specific uses," Ellis said. "We're untangling that and figuring out how to plug people back into the different pieces.

Ellis said a data center has already expressed interest in using some of the property, but it would actually need more electricity than is currently available.

Ellis said redevelopers could ask for another state grant in the future.