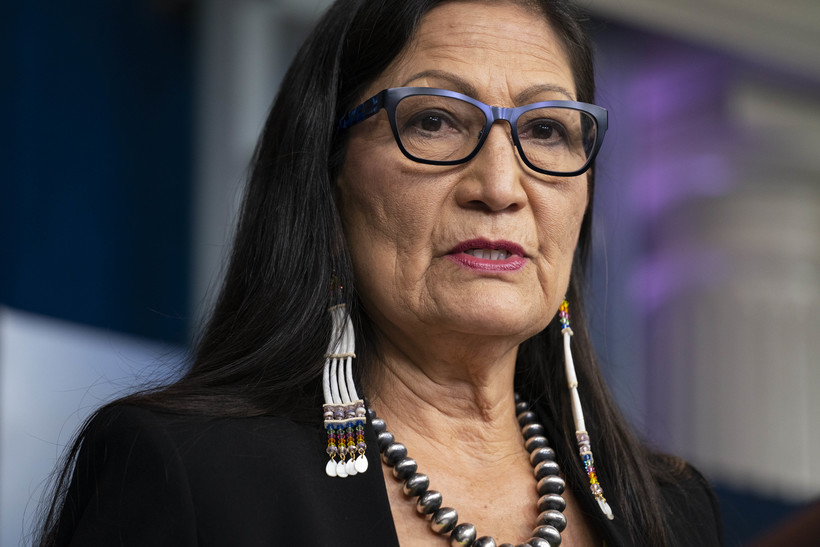 Task force to narrow down replacement names for 28 sites
By Danielle Kaeding
Share:

State and federal officials are eyeing the removal of more sites with derogatory names as they narrow down replacement terms for 28 geographic features across Wisconsin.

Earlier this year, the U.S. Department of Interior asked for public input on new names for 664 sites nationwide that use an Indigenous slur, which first originated as an Algonquin term for "woman."

Now, the Wisconsin Department of Resources is putting together another list of derogatory names that should be replaced.

"They're going to probably complete the first phase before they start the second one, but we know that it's coming," said Kris Goodwill, the DNR’s state tribal liaison. "That is a process where we can submit other names that we consider derogatory and suggesting that they be changed."

Goodwill said it’s unclear how many sites may be identified, but she noted one obvious example is Halfbreed Rapids in Oneida County.

"That is something that we would look at, and it's already on the list," said Goodwill.

For the 28 sites, Goodwill said the DNR examined replacement names proposed by the task force and submitted suggestions in some instances that were more representative of the local area. The 13-member task force, which includes representatives from federal agencies, suggested five possible names for each site.

During public input, Goodwill said a community member proposed including Indigenous names alongside other candidates for replacement. She noted the Wisconsin Department of Transportation has undertaken similar efforts on reservations in Wisconsin.

"That’s a wonderful idea… Maybe that’s something we’ll do in the future," said Goodwill.

The task force is currently examining the DNR’s suggestions and public comments before it recommends a final replacement name for each site on July 25 to the U.S. Board on Geographic Names.

"The (Board on Geographic Names) will render a decision on all recommended name changes no later than 60 days following the submission of all proposed replacement names by the task force," said Melissa Schwartz, an Interior Department spokesperson. "Following the final vote by the BGN, the public can submit name changes using the normal BGN process."

The board is expected to take up the replacement names on Sept. 24.

The board was originally established in 1890. Prior to the order issued by Haaland, only two words had been declared derogatory by the board. The Interior Secretary eliminated a racial slur on all federal maps and publications and replaced it with the word "Negro" in 1963. In 1974, the board also substituted the word "Japanese" in place of a racial slur.

The DNR has its own council to handle geographic name changes, but Goodwill noted they only consider one name at time through the state’s process. The more recent federal effort has accelerated the process to remove offensive names.

Goodwill, who is a member of the Menominee Indian Tribe, said it’s important for the DNR to eliminate such terms since it’s charged with making the state’s natural resources accessible to all.

"I'm an Indigenous woman. This first phase is very important to me because I do consider (the term) derogatory," said Goodwill. "I am an adult, but I don't want an Indigenous child seeing that and making them feel that they're not a part of this community in the state of Wisconsin. Because they are."