In 2016, Tammy Moothedan was working as a home health aide in rural western Wisconsin. Every day, she passed "Trump for President" signs. But she was still shocked when Donald Trump won both the state and the presidency.

The Women's March in Washington, D.C. in January 2017 was the first time Moothedan had ever participated in a political protest. She went there with her daughter.

"When I came back, I thought, well, what can I do next?" said Moothedan, now 56 and an occupational therapist in Hudson. "What can I do now to make sure that wasn't just a one-off?"

She joined the St. Croix County Democratic Party, and this year became its co-chair. Moothedan is now part of an effort by Democrats to capitalize on political shifts in the western Wisconsin county, a traditionally heavily Republican area that's showing signs of swinging toward Democrats. It's part of a nationwide shift in the voting patterns of suburban areas in the Trump era that some say makes the suburbs key to the 2020 presidential election.

"When I came back, I thought, well, what can I do next?" said Tammy Moothedan, co-chair of the St. Croix County Democratic Party after attending the 2017 Women's March in Washington, D.C. "What can I do now to make sure that wasn't just a one-off?

For St. Croix County Democrats, the next test will be the May 12 special election in Wisconsin's 7th Congressional District. Democrat Tricia Zunker is running against Republican state Sen. Tom Tiffany for the seat vacated by GOP former U.S. Rep. Sean Duffy, who resigned last fall. And after that, there's the presidential contest in November.

About 13,000 people live in Hudson, an affluent city on Wisconsin's western border. Today it's basically a suburb of Minneapolis-St. Paul, which has expanded toward the Wisconsin border as the city has grown in the last two decades. Lots of Hudson residents work in the Twin Cities, and no small number are Minnesota natives.

Moothedan is one of them. She's lived in Hudson for 15 years. She grew up in the Iron Range region of Minnesota, the northeast corner of the state. She said she's been a single mother and has been on welfare in the past, and her life experience has given her an appreciation for the importance of a strong social safety net. Today she's married to a man from south India, and has biracial children.

She said she's seen the Democratic Party's gains in the region, but she knows it'll be a challenge to flip the county in November.

"We are still in a rural, conservative area here in St. Croix County," she said. 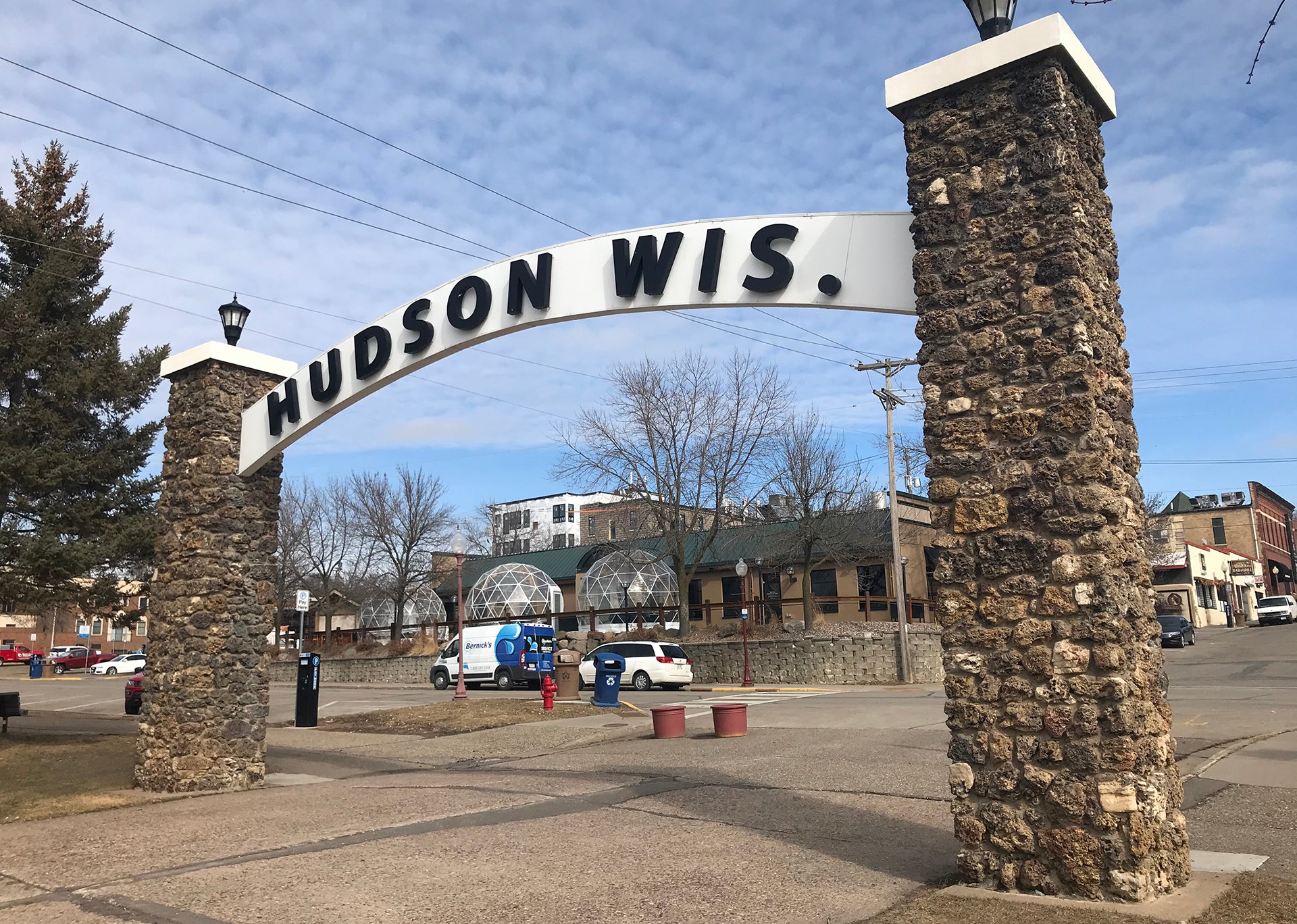 A gateway stands at the entrance of a river walkway in downtown Hudson. The city of about 13,000 people has become in many ways a suburb of Minneapolis-St. Paul, and its voters have swung toward Democrats in recent years. Rob Mentzer/WPR

Special Election Could Have 'Enormous Implications' On Trump Re-Election

On the day before Gov. Tony Evers declared a statewide public health emergency on March 12 in response to the COVID-19 pandemic, Zunker made three campaign appearances in St. Croix County. As it turned out, they would be among her last in-person political events ahead of the special election.

Zunker puts her race in the context of Democrats' effort to oust Trump in November.

"When we flip this seat, Wisconsin is blue again," she told Democrats assembled at a chili cook-off and candidate meetup. "That has enormous implications for the 2020 presidential election."

Still, the 7th Congressional District is considered a safe Republican seat. In the 2018 Democratic wave election, Republican Senate candidate Leah Vukmir won the district by about 4 points, even as Democratic Sen. Tammy Baldwin won the statewide race by more than 10 points. In Wisconsin's April 7 election, held amid the state's stay-at-home order, that pattern repeated itself in the state Supreme Court race. Republican-backed Justice Daniel Kelly carried the 7th District with 53 percent of the vote, even as he lost the state to Democrat-backed Judge Jill Karofsky 55 percent to 45 percent. 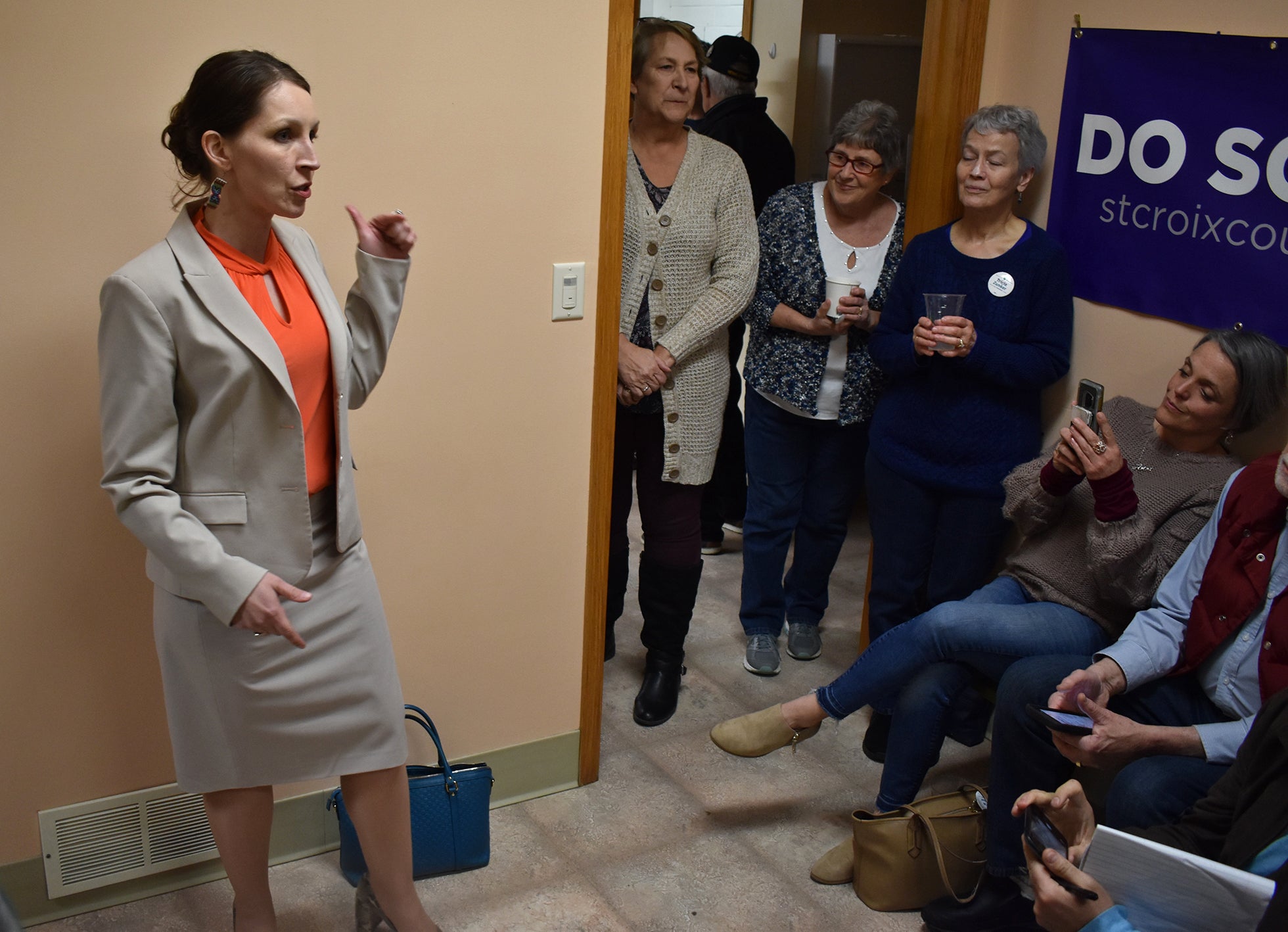 J. Miles Coleman, a political analyst with the University of Virginia Center for Politics, said the margins probably can't be made up by a Democrat, even in a special election that brings out an energized Democratic base.

"That's going to be a big — maybe too steep — hill to climb for Democrats," Coleman said.

But in St. Croix County, the result of the April election was tantalizingly close for Democrats. The county, which voted for Trump by more than 18 points in 2016, split 51-49 percent in the 2020 state Supreme Court race. Of more than 20,000 votes cast, just 251 votes separated Kelly and Karofsky.

Coleman noted that turnout in the county was up about 54 percent since 2019's Supreme Court race, and the turnout increases tended to favor Karofsky.

The campaign for Congress has shifted to virtual events. But Zunker said she's getting support from volunteers in the area.

"There are people on the ground helping turn people out (by) helping get the word out," Zunker said in an interview with WPR. "They're posting on Facebook, they're using social media, they're making phone calls."

Most of the district is rural, which is one reason the special election is such an uphill climb for Democrats. Its main population center is the Wausau area, which has trended toward Republicans since 2012. St. Croix County is the second-most populated county in the sprawling district, which includes rural areas in the Northwoods and northwestern Wisconsin that gave Trump his largest margins in 2016.

But Democrats point to the surprise victory of Democratic state Sen. Patty Schachtner in January 2018, as proof that they can win in western Wisconsin. Schachtner's upset win was an early indicator of Democratic gains to come in 2018 elections.

Outside the chili cook-off, Schachtner, who is up for re-election in November, said the electoral pitch now for Zunker and Democrats is straightforward: "The big thing is, are you better off today than you were, you know, six weeks ago, six months ago, two years ago? If you aren't, Tricia Zunker is worth taking a chance on."

Democratic Organizations Have Been Energized By Opposition To Trump

Danielle Johnson is co-chair with Moothedan of the St. Croix County Democrats. She grew up in Red Wing, Minnesota, and said she remembers when Hudson was "not part of urban sprawl. It was just a small town in Wisconsin."

Johnson is a veterinarian in Baldwin, a small town east of Hudson in a more rural area. She said people's personal interactions and connections with neighbors are the keys to helping persuade voters in the conservative area. 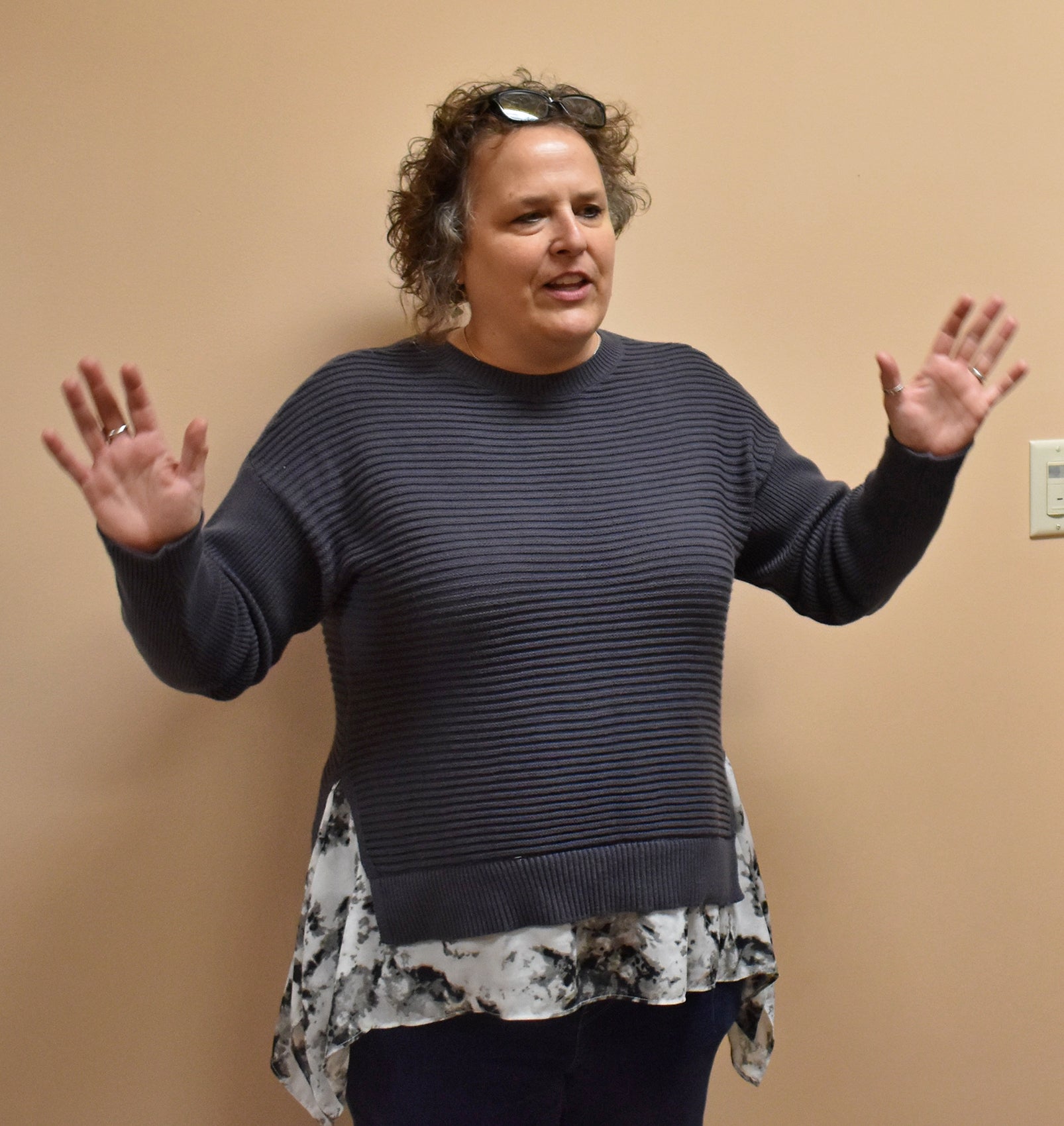 "The (political) divisiveness that we've felt is all manufactured," Johnson said. "We are still neighbors. We still do business together. We still value each other for the community that we share."

On the interstate just outside Hudson, the party last year put up a billboard with the slogan, "Do Something." It's a message for those, like Moothedan and Johnson and many other members of the local Democratic Party, who’ve been energized politically by opposition to Trump. (Over the weekend, they converted the billboard to one boosting the Tricia Zunker campaign.)

Trump won Wisconsin by only about 23,000 votes in 2016. Almost 9,000 votes of that margin — close to 40 percent — came from St. Croix County. In a close election, even marginal changes in a few Republican strongholds can change the outcome. Johnson and other St. Croix Democrats say that's what's driving them politically in a world that looks very different today than it did even a few weeks ago.

"Everything that's here is worth fighting for," Johnson said.