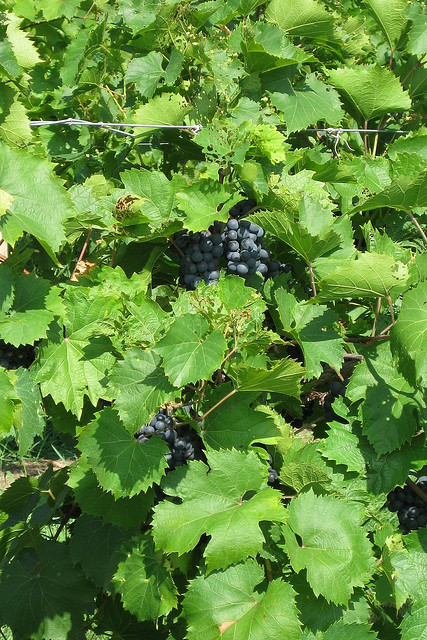 It is harvest time at Wollersheim Winery in Prairie Du Sac. Owner and winemaker Philippe Coquard says he expects this year's harvest to be down considerably. The weather was hard on many crops in the state, and he says grapes were no exception. "We battled the spring frost for about 13 nights in the row, and then we got hit with a drought which we had never seen. I mean we had one-inch wide cracks in sandy soil and we'd never seen that before. So we dumped water in the vineyard as much as we could and we installed drip irrigation by necessity for emergency situation to save the vines."

Coquard says that last year they harvested about 120 tons of grapes. This year he is expecting only about 60 to 70 tons, although it is a little too early to tell. Coquard says that while they have much less, the quality is superb. In fact, he says possibly the best he has ever seen there, "The grapes are sweet, concentrated; the flavor is really deep so it will make outstanding wine."

Coquard says the beauty of farming is that you never quite know what to expect. He says with irrigation now installed they will be better prepared in the future. Coquard says they are also looking into farming practices that further aid in water preservation, such as planting different cover crops.