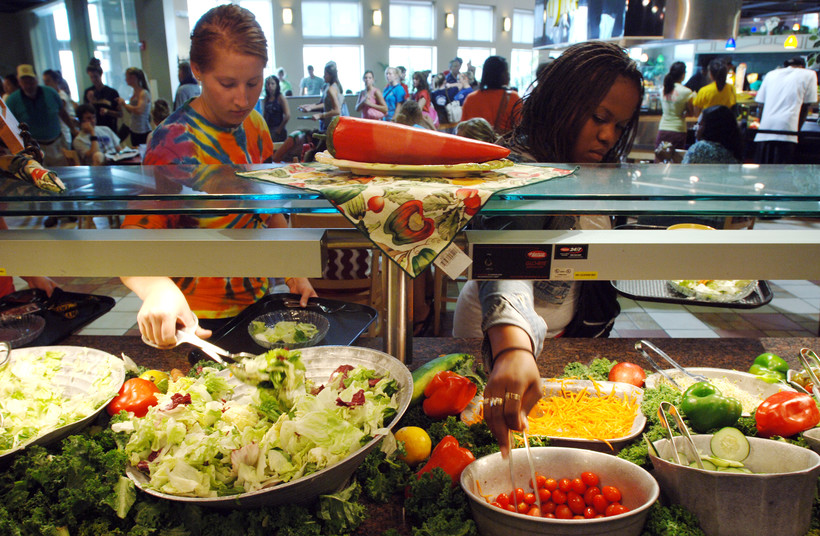 Spring Break Leaves Some College Students Looking For Their Next Meal

Experts Say Hunger On Campuses Is All Too Common
By Kealey Bultena
Share:

Some college kids spend spring break at beach parties in destination cities, or maybe on a group volunteer trip. But some wonder how they’ll eat with the campus dining hall closed.

Doing research for a book that examines what it means to be a poor student on a rich college campus, Harvard assistant professor Anthony Abraham Jack spoke to more than 100 college students, many from lower-income backgrounds.

"People didn’t mention, 'Oh, I’m really sad because my friend is going to Jamaica for spring break ... They mentioned the fact that they were about to go hungry," said Jack who also wrote about hunger during breaks in a recent New York Times op-ed.

"Students talked to me about having to ration food, having to steal food from the cafeteria, having to pull together and save up money and work extra hours so they can buy as much food as possible and live off of increasingly stale loaves of bread and peanut butter," Jack said.

It's a feeling Jack said he knows first-hand, because he didn’t have reliable access to food as an undergraduate student. Emerging research shows he’s far from alone.

"It showed that over 50 percent of my respondents were food insecure," Siddiqui said, which jibes with the overall rates of students without reliable access to food.

College leaders are working to give students the resources they need to eat. Siddiqui said professors and counselors sometimes reach into their own pockets when they learn students are going hungry. She helped implement a pilot program at the University of Wisconsin-Madison to offer more.

"This program is able to give faculty and staff that ability to respond immediately by putting a dining card into that student’s hand for $25. It’s preloaded so they can go to one of the unions and get food immediately," Siddiqui said. "But, within that, they’re getting that packet of resources as well to say, 'This is short stopgap, but we want you to connect with long-term resources.'"

Siddiqui said the dining cards aren’t specific to the Badger FARE program. She said that preserves dignity, because other people can’t single out a college student who can’t afford food.

Siddiqui said most students are working multiple jobs and struggling to pull themselves out of poverty. She said ignoring hunger on campus sends the message that college is for only the middle and upper class and isn’t a real opportunity if a student is poor.

Harvard's Jack said food insecurity is one aspect of a barrier between economic classes at universities. He said race, culture, and secondary education contribute to divisions among students. Spring break exposes one boundary.

Jack said all students are told they belong at college, but they recognize they’re outsiders when colleges close and they don’t have the money to leave campus or to eat.