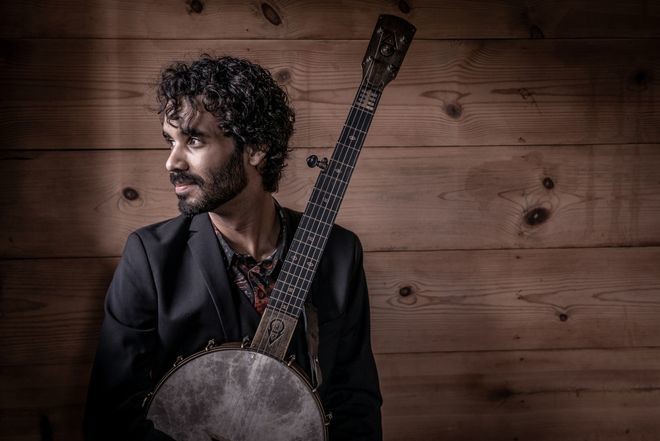 A Few 'Simply Folk' Favorites From The Year
By Dan Robinson
Share:

December is here, and with it the end of 2020. I know we’re all a little glad for that, but in the midst of all that’s happened this year, folk musicians continued to create some great music.

That’s amazing, when you think about all the challenges, lost gigs and income, and interrupted recording and band time that musicians faced in 2020. Some of these albums were produced before the pandemic, some during it. Some were recorded at home while others originated in a studio. In all these cases, though, we’ve been fortunate to share some of that music on "Simply Folk," and a few the new albums have made repeat appearances on the show.

While the number of great recordings from this year is too many to mention in this one article, here are a few that stood out.

"Woman in Color" by Raye Zaragoza

Raye Zaragoza has produced a few albums over the past couple years that have made it onto "Simply Folk," but the singer-songwriter’s 2020 album took off with folk music programs around the country. Her music is well suited to the times, consistently mixing a strong, traditional folk singer-songwriter sound with a more contemporary Americana feel. Plus, her lyrics frequently touch on subjects of social justice and community, timely topics in a country facing a reckoning on systemic racism, a pandemic and a deeply divided electorate.

Zaragoza’s identity as a Japanese-American, Mexican, Indigenous woman sits at the intersection of so many pressures in American society today, and her music reflects that, including this song, "Change Your Name."

Evidently, originality is highly prized from the listening public, because I don’t often run across albums that have a high number of traditional tunes or covers of well-known songs. This album by the Roe Family Singers has a nice mix, with songs like the Hank Williams tune "Hey, Good Lookin’"and Bill Monroe’s "The Rocky Road Blues," next to tunes written by Quillan Roe and the band, like "What Did He Say."

The Minnesota band’s old-timey sound comes across as tight but warm, reflecting a bond signaled by the band’s name. Married couple Kim and Quillan Roe co-founded the band, and the members now may not all be family by birth or marriage, but they sound like they are.

You can hear that familiarity in this original Roe Family tune, "Don’t Worry About the Rich Man." Kim said the band wrote the song, "the week that Paul Manafort only got seven and a half years in prison after stealing all the money he stole, and all those rich folks got busted for bribing their kids into Ivy League colleges… What’s the saying? 'If you’re not angry, you’re not paying attention.'"

"Nothing But Heart" by Patchouli

The Wisconsin duo of Julie Patchouli and Bruce Hecksell consistently put out high quality, distinctive music, and this album is no exception. Julie’s wonderful but unique voice coupled with Bruce’s sterling guitar work gives them a sound that I wouldn’t mistake for anyone else.

This album, too, has a nice mix of originals and covers of songs. I especially like their rendition of the traditional spiritual, "Peace Like a River." On the one hand, the solid, straightforward presentation allows the listener to join in, while on the other hand Bruce’s guitar licks gives the song energy that makes the listener want to join in.

On the lead track, "Chasing After the Sun," the duo’s comforting sound paints a dream of traveling, maybe something we can’t do right now, but the dream is there, and this musical trip will do for me in the meantime.

Jake Blount’s album is a wonderful, strong mix of simply arranged traditional pieces that highlight his musical skill as well as the musicians who join him — Tatiana Hargreaves, Jeff Claus, Nic Gareiss, Rachel Eddy and Haselden Ciaccio. Some tracks are just Blount, and the rest are some combination of two, three, or all of the group’s members. In particular, I really enjoyed Blount’s banjo, fiddle and vocals, along with Hargreaves’ fiddle and vocals.

In his liner notes to this album, Blount writes about Anansi, the spider trickster in African stories. Those stories survived the Middle Passage and endured with enslaved Africans and their descendants in the United States.

"The telling of spider tales was not only a pastime, but an act of cultural rebellion," he writes. "We feel their innate significance as vestiges of our ancestors that live on in us: their stolen progeny. The pieces included here are spider tales in their own right, passed down largely amongst the same people, in the same ways and for the same reasons.”

This traditional song, "The Angels Done Bowed Down" features the full band. In his notes, Blount shares a bit about the history of the songs, including where Blount learned the tune or the particular arrangement of the song. In this case, the song’s origins are unknown, but it was published in 1940 as part of a master thesis by John W. Work III at Columbia University.

Other notable albums this year include Leyla McCalla’s "Vari-Colored Songs," "World on the Ground" by Sarah Jarosz, John McCutcheon’s Pandemic-inspired "Cabin-Fever: Songs from the Quarantine," and "Long Time Passing — The Kronos Quartet and Friends Celebrate Pete Seeger." This list could be a lot longer, but you get the idea. There were a lot of great albums in 2020. We may be anxious to leave this year behind, but not the music!