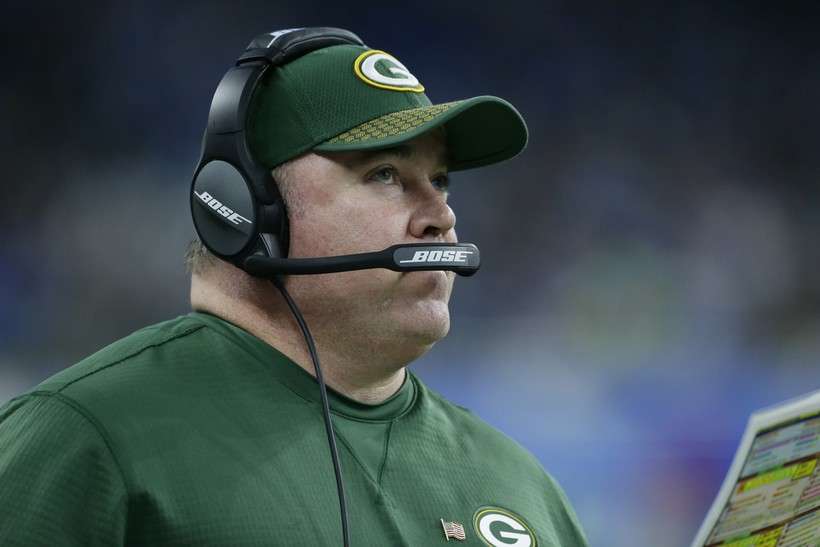 The Dallas Cowboys and Mike McCarthy have reached a deal for the former Green Bay coach to take over as head coach in Dallas, according to multiple reports.

The 56-year-old McCarthy won a Super Bowl with the Packers on the Cowboys’ home field nine years ago. RJ Ochoa, a producer at SBNation who covers the Cowboys, said people in Dallas are feeling "cautiously optimistic" about the hire.

Jay Glazer of Fox Sports reports the Cowboys will officially name McCarthy as their coach later this week. Ian Rapoport of NFL Network tweeted Monday morning McCarthy has withdrawn his name from other head coach openings. He had also interviewed with the Carolina Panthers.

During his time in Green Bay, McCarthy led the Packers to the playoffs nine times. His playoff success likely gave McCarthy the leg up over former Cincinnati Bengals head coach Marvin Lewis, who also interviewed for the job in Dallas. Lewis was 0-7 in playoff games with the Bengals.

Ochoa noted McCarthy has won as many career playoff games in Dallas as Garrett.

"Mike McCarthy has been on the other side of some really, really bitter Cowboys losses in the past," he said, noting the 2014 Dez Bryant catch that was overturned on McCarthy's challenge and the 2010 blowout at Lambeau Field that led the Cowboys to fire Wade Phillips and promote Garrett to head coach.

There was also speculation that the Cowboys may opt for a younger coach from the college game, like Lincoln Riley or Matt Rhule, to bring a fresh perspective to Dallas. But Ochoa said the Cowboys aren't in a position to take a risk on a coach who'd be learning on the job.

"The Cowboys are operating within a certain window, and they need somebody like Mike McCarthy who can come in and hit the ground running." he said.

McCarthy, who is known for his work with quarterbacks, helped develop Aaron Rodgers into a two-time NFL MVP and eight-time Pro Bowl quarterback.

Cowboys quarterback Dak Prescott just finished his fourth season in the league with 4,902 yards, putting him second among all NFL quarterbacks this year. He’s also proven to be durable, not missing a game so far in his NFL career. Prescott is a free agent going into this offseason, but Jones and the Cowboys aren’t likely to let him go, especially after hiring a quarterback specialist coach in McCarthy.

In Dallas, Garrett had an expiring contract coming off a make-or-break season that ended with the Cowboys missing the playoffs for the sixth time in his nine full seasons.

"He is and always will remain a cherished member of the Dallas Cowboys family, and his contributions to the organization are greatly appreciated," the Cowboys shared in a statement Sunday.

Dallas had high expectations coming into this season, starting out 3-0, but the Cowboys struggled with consistency. They dropped eight of the next 13, including a week 16 matchup against the Philadelphia Eagles, which essentially sealed the NFC East title for the defending Super Bowl champions.

The NFC East will feature three new head coaches in 2020. The New York Giants and the NFL team from Washington, D.C. also parted ways with their coaches after disappointing seasons.

Dallas and Green Bay played in October, with the Packers winning 34-24. Green Bay has been led this year by Matt LaFleur, who was hired in January 2019 to replace McCarthy. The Packers fired McCarthy in December 2018 after a disappointing 4-7-1 record under his leadership. McCarthy was in his 13th season as coach.

LaFleur has had a historic first season. He's the only first-year head coach in Packers history to win his division.