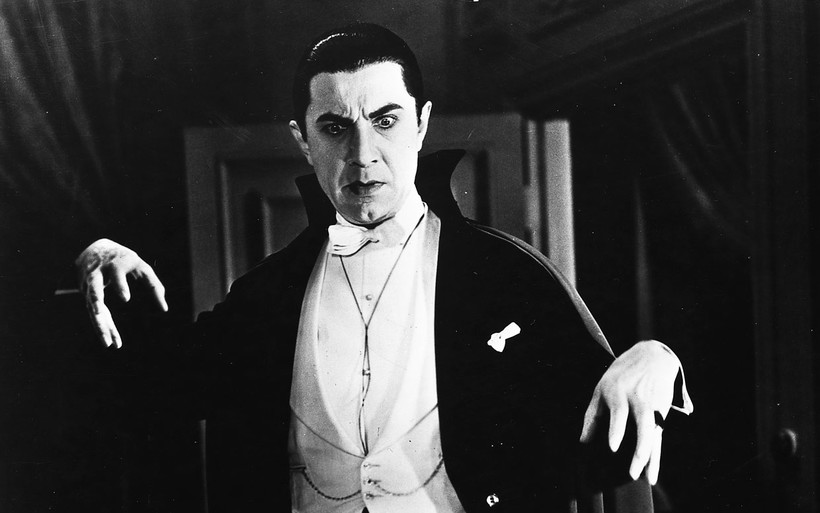 The stories of Count Dracula, Lestat, Edward Cullen and their vampire brethren offer us mere mortals the rarest of dark gifts: the offer of escape.

Whether awakened in the pages of popular literature or witnessed creeping across the cinema screen, vampires haunt a dark corner of our collective psyche. These bloodsuckers present us all with a tantalizing glimpse of another life in which core elements of the human condition are permanently vanquished after a couple of neck bites.

As presented in fiction, a life once spent wrestling with limitations is forever banished and reborn as the ultimate self-employed aristocrat without worry or want (except for where that next meal is precisely coming.)  The ravages of mortality (age, sickness) and the responsibilities of family and society (jobs, long-term relationships) vanish from the mind like an ill-timed sunrise.

The romance of this spooky vision has often proved equally powerful for musicians and songwriters. (One example: Rising from the long dead, Phillip Glass and the Kronos Quartet tag teamed in 1999 to give Bela Lugosi's "Dracula" a soundtrack, 68 years overdue.) Others still -- whether drawn from horror movies, pulp fiction or other media -- sought ways to marry brooding musical ideas with these vampiric stories and ideas.

As a dark gift for those seduced by the allure of capes and fangs, here are a few vampire-inspired songs that are worth adding to a playlist that celebrates the costume parties and trick-or-treating to come.

So, here's my list — if you’re not too scared to look — in no particular order:

"Dracula's Daughter" is the kind of campy, novelty song whose eerie, sonic strangeness and lyrical peculiarities will remain in listeners' memories far longer than any discernable melody. The song lingers in the mind -- like a jump scare-- because of how it takes you so unaware.

"Dracula's Daughter" is easily one of the better musical offerings from Screaming Lord Sutch, a quasi-popular figure in British music of the early and middle 1960s. Sutch released a string of records, drew in many onlookers for his proto-Alice Cooper stage show and saw many musical talents pass through his band, including past and future members of Led Zeppelin, the Rolling Stones, the Jimi Hendrix Experience, Deep Purple, Procol Harum, among others.

In fact, legend that Jeff Beck played guitar on the recording are apparently untrue. (Certainly, one can't really hear any dead giveaways that Beck is sitting in). It is a fact that Beck, Jimmy Page and Ritchie Blackmore all found themselves in Sutch's employ before they made names for themselves in their own bands. Their musical imprint seems minimal.

Despite the all-star help, Sutch largely remained a fringe figure in British pop-music circles and later, politics. He was a perennial candidate for the British Parliament, but was consistently unsuccessful.

Jason Isbell and the 400 Unit "If We Were Vampires"

"If We Were Vampires" begins to celebrate the majesty of enduring romantic love and proceeds to suck all the life out of it.

And there's something refreshing about this. The acoustic ballad, from 2017's "The Nashville Sound," strips away the fairy tale elements of life -- whether it’s a generic couple's ideas of living "happily ever after" or the fantasies of vampire myth -- and leaves us to listen to someone negotiates with reality.

"If we were vampires and death was a joke," Isbell sings, "We'd go out on the sidewalk and smoke." Part pickup line and part bridge building offer, the verses see Isbell making the case for the undying stamina necessary to maintain a long-term relationship. There's little poetry then in the work-a-day concluding lines of the stanza: "Maybe time running out is a gift/I'll work hard 'til the end of my shift." The syrupy language was cast away as if by a crucifix.

"If We Were Vampires" has none of the overt horror tropes of other vampire songs, but that doesn't make it any less ultimately unsettling. In the light of day, Isbell's concept of love and relationship transcends the honeymoon phase into the days and nights we all experience during life's journey. If there's no silly romantic ideas here, there's also no monsters lurking in the shadows. There's just a love that can bind and break a heart.

Richman seems to have half-written this song, but there's still plenty to love. Built on a snappy, incessant drum beat, Elvis-inspired acoustic guitar rhythm and a snarling electric guitar pushed way back into the background, this is 3 and a half minutes of irony mixed with camp. Richman vamps his way through much of the verses and choruses, tossing out lyrical asides and a couple of Little Richard howls to add touches of dimensionality to something exquisitely trite.

Three decades after its release in theaters, Francis Ford Coppola's film, "Bram Stoker's Dracula," still retains a complicated legacy. Not a hit and never a flop, the movie has enough right and wrong in it to feed ongoing critical takedowns and next-generation reevaluations.

What is indisputable is the work of Polish composer Wojciech Kilar, whose soundtrack embodies all the film's contrasting emotions -- horror, romance, exultation and redemption -- with a wholly original grandeur. "Dracula -- The Beginning" is likely the most stirring piece.

The orchestral music underpins the expository opening scenes of the film, with an army of cellos, violins and violas giving voice to the sweeping, sad story of young love destroyed amid war and betrayal. The music's stark romanticism powers both Dracula's vengeful bloodlust and the broken heart that drove him.

Kilar's music is epic, but absent the over-the-top musical cliches one might expect because of the movie's David Lean-sized aspirations or Coppola's ego.

This is all the more remarkable when taken in context: According to legend, the 9-minute song was the creation of a British post-punk quartet and written/recorded only weeks after first forming in early 1979. Abstract, modular and consistently creepy, the song meanders through a nightmare set to avant-garde music.

The members of the four-piece each bring critical elements to create this oppressive, horrifying mood that never surrenders to cheap scares. The looming bass notes and clattering drumbeat anchor and propel the song. Daniel Ash's guitar wears and discards an array of musical masks and guises to populate the spooky sonic landscape. His staccato stringwork chimes, screeches and squeals transform into fluttering riffs and mountainous swells to bring shape and texture to this vision. In the center is singer Peter Murphy's intoning croons, which both awkwardly comments upon and then bathes in the undead mythos that he mindlessly rambles about like a man in a trance. We might not know what he's saying, but we know we're heading to our doom. One can't help but be lured deeper and deeper into the dark world conjured in our ears.

The song forever crystalized Bauhaus as the forefathers of goth-rock and entombed its legacy. Any careers the band members had outside of or after Bauhaus -- most famously, Love & Rockets -- was continually trailed by the shadow cast by creeped-out enormity of what the group achieved on "Bela Lugosi's Dead."

However limiting this was for the band members, the music yielded even greater meaning when reflecting upon how Bauhaus' music inspired subsequent generations of genre-pushing artists, such as Nick Cave, Jane's Addiction and Nine Inch Nails. Like a vampire, Bauhaus seemingly died long ago, but its music still roams darkened clubs and Halloween playlists 40 years later.