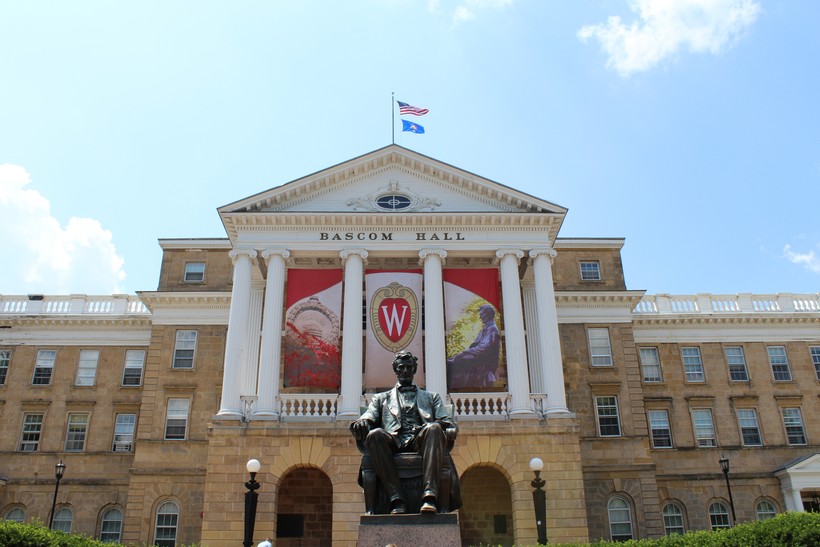 As college students adjust to taking classes entirely online as a result of the ongoing COVID-19 pandemic, some may have one less thing to worry about: grades.

A growing number of universities in Wisconsin are letting students choose whether they want to be assessed on a pass/fail basis this semester. The change is aimed at easing students' anxiety, but there are questions about whether it could hurt them later in their academic careers.

On Thursday, University of Wisconsin-Madison Provost Karl Scholz announced the campus would offer a special pass/fail grading option for students. Students will have until May 22 — after they've received traditional grades in their classes — to decide if they would rather get a less specific passing or failing mark.

"We recognize the enormous disruption that's occurring for many of our students and many of our instructors," Scholz said. "So, we want as much learning as possible to occur during this semester. But we also want to take some of the pressure off students and instructors by providing an opportunity for them to focus on their classes but not have to navigate grading when they’re having to try to learn from a distance and often having siblings around or dealing with technology that isn’t quite ideal."

Scholz said the optional metrics will show up on a student's transcript as SD, for "Satisfactory Disruption" or UD for "Unsatisfactory Disruption." He said the new marks will remind admissions officers at graduate programs or professional schools that the pass/fail option was due to the significant learning disruptions caused by the new coronavirus.

UW-Stout is taking a similar tact, but with some distinctions. Glenda Jones, an English professor and faculty senate chair, said students can decide to use a credit/no credit option by May 1. She said each professor will determine what the threshold for credit is.

"So, if you received, for example, a 70 percent or above that would be determined as credit," said Jones.

UW-Oshkosh Provost John Koker said the push by students for alternatives to traditional grades this semester is understandable.

"I think it's the unknown," Koker said. "Students have never experienced this before. We've switched to a completely different format of classes for them in a very short time and I think they're reacting to the unknown."

While UW-Oshkosh hasn't finalized plans for alternative grading, they’re looking at a similar opt-in for students. Koker said that could include adding additional grades to the campus' current structure. But he said they're moving carefully because changes to grading could impact students in the future.

"And what we have to make sure of is that we don't solve a short-term problem and create a long-term problem because students need grades for certifications, for professional schools, for medical schools, graduate schools, other requirements for accreditation," said Koker.

Private universities are also offering students an alternative to letter grades. At Marquette University in Milwaukee, students will have until May 26, after grades are posted, to opt-in to pass/fail for classes already underway.

Vice Provost John Su said the option will take some pressure off of students who can then focus on class materials rather than individual scores.

"And what this policy is enabling is it's saying we recognize that some of you will not get the grade you would have otherwise gotten and we want to account for that. We want to give you that option to continue to succeed," said Su.

As for whether students' decisions to opt-in to pass/fail grades this spring could hurt them years down the road, Su said he doesn’t think it will.

"In some sense I believe students will be shielded from any potential negative ramifications of this decision, in part, because it's such a collective decision nationally," Su said.

But not all campuses are moving toward pass/fail options even though some students have called on them to do so.

At UW-Green Bay, an online petition has been circulating urging administrators to make pass/fail options available to all students.

Despite that, Provost Michael Alexander sent an email to students Monday afternoon saying the campus would continue on with traditional grades. But, he said students will not be placed on academic probation or be academically dismissed based on grades received this semester.

Issa Fletcher, a junior at UW-Green Bay, started the pass/fail petition. She said she is an honors student with a 3.9 GPA who isn't interested in taking shortcuts. Fletcher said her goal was to give students a break during a semester full of unprecedented change.

"I just believe that if Madison can do it, then other schools can follow along," said Fletcher. "They're saying that they're not doing it because it will affect some people's financial aid and it will affect their class placements."

And whether all campuses even have the same opportunity to offer pass/fail options for students in the middle of the semester is in question. UW-La Cross Provost Betsy Morgan echoed concerns from other administrators about pass/fail options potentially harming students in the future. But she said on top of all of that, it's a heavy lift for campuses to make such an option happen late in the semester.

"It's an incredible amount of work and that's not even accounting for the software side of things," said Morgan. "And, of course, you don't ever want software to drive decisions. But if you look at what Madison’s done, this ability to — after grades have been submitted — to decide if you want to do it for credit, no credit, pass, no pass — that requires a huge lift and a lot of money to do the coding to make it work for whatever is going to be the transcript and the GPA for that student."