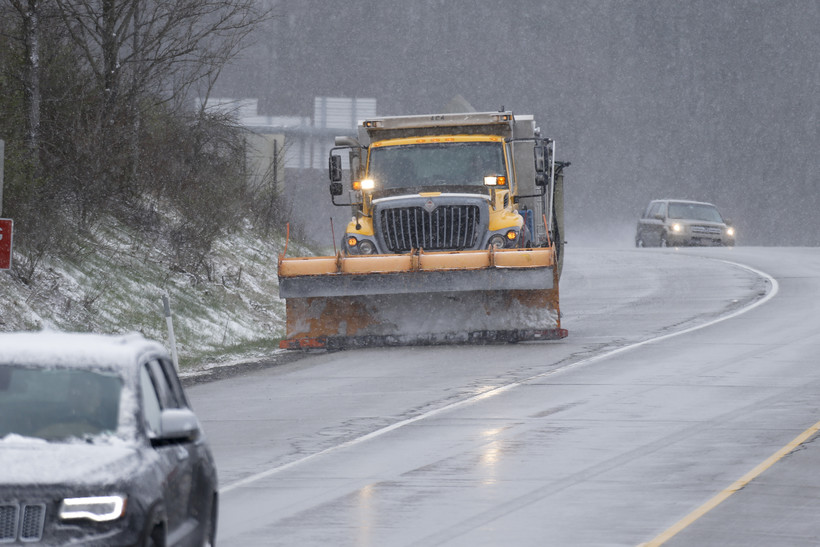 Snowplow drivers and snow-removal workers have been in high demand this winter across Wisconsin and the Upper Midwest.

Martin Tirado, CEO of Milwaukee-based Snow & Ice Management Association, or SIMA, said the industry group has members in the U.S. and Canada, 100 of which operate in Wisconsin.

Tirado said the members employ thousands of people — most of whom will have a busy day Wednesday with up to 5 inches of snow expected in some areas of the state.

"When you get into this field and profession, you are used to dealing with weather volatility," Tirado said.

Getting the snow off a parking lot is one thing, but Tirado said there is another challenge.

"There are fewer places to put the snow now. The stacking in the parking lots I've been seeing, it's crazy the size of these snow piles." he said.

While snowplows and snow-blowers are having a busy February, the job is as unpredictable as the weather. Tirado said Wisconsin was in a snow drought until January when the skies opened up and the mercury plummeted.

Jeff Hausehel agrees. He owns Quality Lawn Care in Little Chute, Wisconsin. He does residential snow-blowing along with two employees.

Hausehel said a snowy winter is both good and bad.

"We can make a lot of money in a short amount of time. But the downside of that is it wears on your body," he said, adding it also takes away from family time.

It's not only those working to remove snow that have seen an increase in business, auto body repair shops are also anecdotally reporting a backlog of fender benders.

Chad Sinkler, the office manager for Gandrud, the auto body shop at the Green Bay car dealership, said while there are generally more crashes in the winter, they're usually not as serious.

"Everybody is going a lot slower than they usually are, contrary to what people would think, most of the damage is less severe." Sinkler said, adding, "everybody is kind of bumping into each other."

It is an industry-wide circumstance, according to Barry Muller, owner of Commercial Auto Body in Green Bay. He said workers are putting in overtime but still can't catch up.

Muller said insurance adjusters are also backlogged a week or two before they can even inspect a car. It's created a lull at Muller's shop, but he expects that to change.

"We will be starting to see a lot more influx of business as (the adjusters) start to get caught up," Muller said.