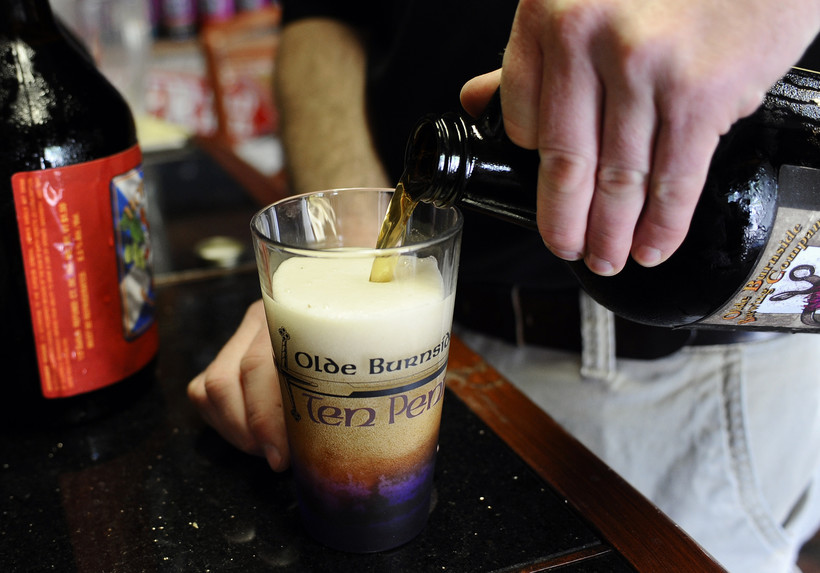 Smithsonian Archive To Tell Story Of Brewing In Wisconsin, Nation

'Through Beer, I Can Really Speak To Any Major Theme Or Event In American History,' Historian Says
By Mary Kate McCoy
Share:

Beer offers a unique lens to view the major themes and events in American history, and only recently has it received that recognition, said Theresa McCulla, historian for the American Brewing History Initiative at the Smithsonian’s National Museum of American History.

McCulla is traveling the country to document the history of brewing in America, particularly focusing on homebrewing and craft beer, through documents, photographs and oral histories.

"Whether you want to talk about the history of immigration or transportation or technological advances, really beer relates to all of the subjects and it's been present in America since even before the nation's founding," she said.

America’s first brewers were enslaved people brewing in the home, she said. Today’s resurgence in homebrewing and craft beer dates back to the counterculture movement of the 1960s, McCulla said.

The consolidation of breweries that followed prohibition, creating macro breweries like Anheuser-Busch today, inspired homebrewers of that era, without which the craft beer industry wouldn’t be around today, she said.

"Homebrewers at the time looked around at the wine making scene and the culinary scene and thought ... we too can make great beer in America and produce it here on this soil," she said.

There are more than 6,500 breweries in the United States today, more than ever before, McCulla said.

And Wisconsin has been at the center of all eras of American brewing history, she said.

"You have this great 19th century story of immigrant brewers who came to this country and really made brewing a profitable profession, and many of them settled in the Upper Midwest because the climate was favorable to lager brewing," McCulla said.

Like many other breweries after prohibition, Miller Brewing in Milwaukee consolidated, she said. As MillerCoors, it’s still an important industry in Milwaukee today.

"Now you have this new wave of craft breweries that are opening all over the country including in Wisconsin," she said. "I visited places like Good City Brewing Co. in Milwaukee which the owners there really show this strong sense of investment and commitment to revitalizing the neighborhood around them."

McCulla also points to the diversity of the industry in the state, like AJS Tap Handles in Random Lake that makes more than 80 percent of the tap handles you see in bars and restaurants around the country.

"It's a really interesting place where the art director is really kind of the middle person between the consumer and the brewer," she said. "Especially if you have a lineup of unfamiliar beers, you know, you might look at the tap panel to decide what you might want to order."

McCulla said she has encountered enormous enthusiasm and excitement on the road. Partly because fans feel that beer has historically been overlooked.

"For historical reasons it's kind of developed the reputation of an every man's drink, and in a way that’s true because beer is the most consumed alcoholic beverage in America," she said. "But certainly in the last 50 years the American brewing industry is the most innovative in the world, just in terms of the flavor profiles of beers that are produced here."