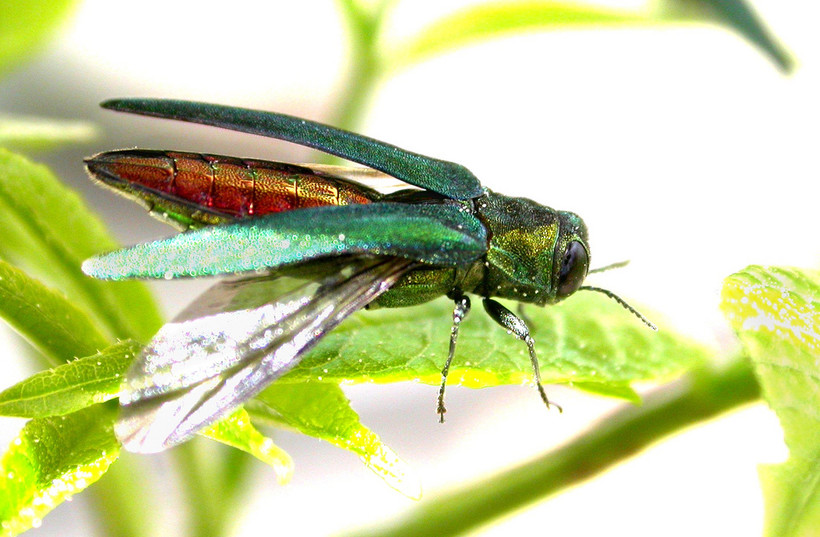 Slowing The Spread Of Emerald Ash Borer In Wisconsin

Expert: Awareness Week Aims To Get Campers, Communities On Board
By Rob Ferrett
Share:

The emerald ash borer (EAB) is spreading through Wisconsin, and federal, state, and local government officials are looking to slow it down — in part by recruiting citizen help during Emerald Ash Borer Awareness Week.

Brian Kuhn, the director of the Plant Industry Bureau in the Wisconsin Department of Agriculturem said that while the insect was first detected in Wisconsin in 2008, we're still in the early stages of the damage it can cause.

“In Wisconsin, so far the damage is relatively minimal compared to surrounding states and states to our east, where EAB has killed something on the order of 50 million ash trees,” he said. “But, we are starting to see its impact on the very southeast corner of the state, where tree mortality is becoming visible.”

At stake, Kuhn said, is a forest resource of over 765 million ash trees. The trees are used in a variety of industries, as well as urban landscapes, where ash trees make up about 20 percent of the tree population.

“On its own, EAB moves relatively slowly.” Kuhn said. “But as in the case of our infestation in Douglas County, it can move 200 miles in the blink of an eye on firewood or other materials people carry with them.”

Kuhn said the public can help by only using local firewood, instead of transporting wood to campsites.

“People can make all the difference in the world with Emerald Ash Borer; it’s kind of the poster child for an invasive species that is transported predominantly by people,” he said. “If we can get our citizens working to not moving firewood large distances, we’ll address both emerald ash borer and other pests that have yet to come our way.”

Kuhn said state surveys of campsites have found that the message is catching on.

In addition to reaching out to the public, state officials are working with local government to implement emerald ash borer control plans, often involving removing infested trees or treating individual high-value trees with targeted pesticide. In addition, the state will be placing 1,500 traps in the coming weeks to try to set up an early warning system for areas that haven't been infested yet.