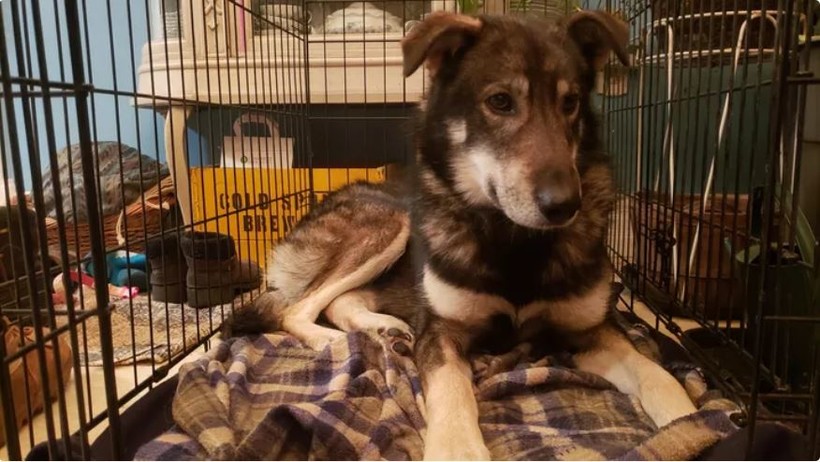 A dog that was part of a champion sled dog team is having surgery after a hit-and-run snowmobile collision in northern Wisconsin.

Musher Ryan Redington was on a Bayfield County trail shortly after 6:30 p.m. Saturday when a snowmobiler traveling the opposite direction appeared to intentionally swerve at them, Redington said. Redington's dogs were equipped with reflective gear and blinking harnesses; Redington wore a bright LED headlamp, and he kept to the right side of the trail.

The dog that suffered the injury was one of Redington's "wheel dogs," which refers to the dogs in the position closest to the sled.

Another dog, Willy, was also thrown in the air in the collision. Willy's injuries turned out to be less serious. X-rays would reveal Wildfire's legs were broken. Redington took Wildfire to a Twin Cities veterinary clinic for surgery Tuesday morning.

A report with the Bayfield County Sheriff's Office reveals few details about the snowmobile driver. Redington could not be sure of the make, model or even color of the snowmobile. "Given the lack of description," the report reads, "there is no way to find this machine or the operator." 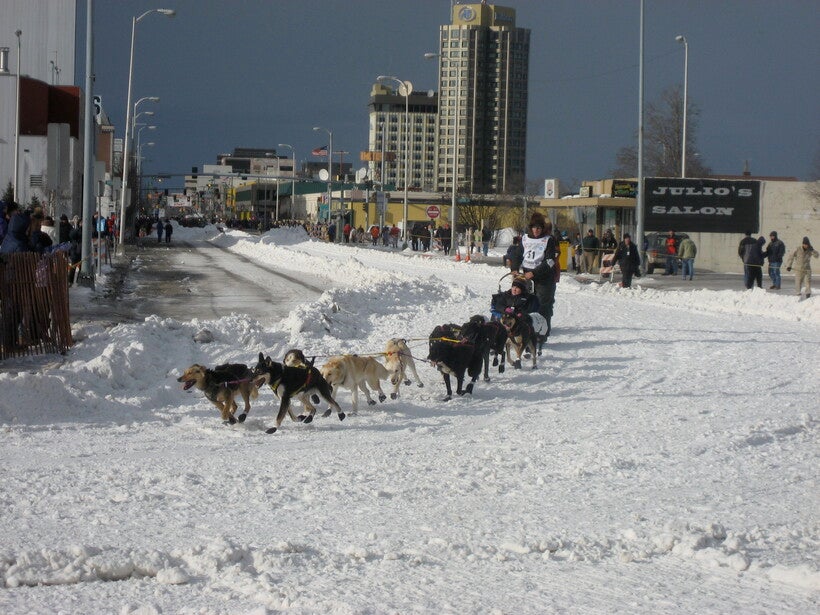 A witness on the trail didn't have a clear description, either, but told WPR in an interview that she passed Redington's team and later saw a snowmobiler driving recklessly in the direction of Redington and the dogs.

"I was sitting at the stop sign," said Diane Lauritsen, 67, who was snowmobiling with her family Saturday evening. The snowmobiler "flew across so fast it scared the crap out of me, actually. ... He never stopped at all."

Lauritsen said she worried at the time about the reckless driver passing the dog sled team, but she didn't learn of the crash until she saw it online the next day. Redington shared details on Facebook with a snowmobiling group.

Redington is an Alaska native whose grandfather founded the Iditarod. He's an accomplished musher, with victories in Minnesota's 2020 Beargrease Sled Dog Marathon and was the only musher to complete the 2021 Kobuk 440 course in Alaska after blizzards forced other teams out. He trains in the Ashland area each year, and said before Saturday he’s only ever had positive interactions with snowmobilers he’s encountered on the trails.

Redington said there’s been "tremendous outreach" in the wake of the crash. On Tuesday morning, a GoFundMe page set up by Keefer showed nearly $27,000 in donations.

"I'm just thankful that (Wildfire) didn’t die, and that the snowmobiler didn’t connect with me as well, so I could take care of the dogs."

Bayfield County Chief Deputy Andy Bernice said anyone with information about the crash should contact 715-373-6120. A reward fund established by other members of the dog sledding community is offering $1,000 for information that leads to an arrest.