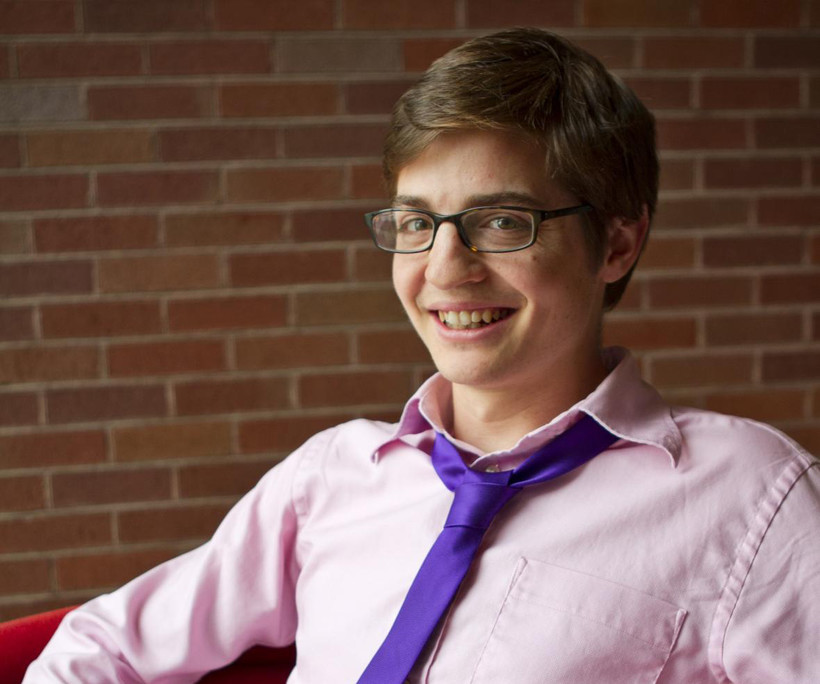 'The Baby' Reflects His Anxieties About Becoming A Father
By Doug Gordon
Share:

Simon Rich has been described as "one of the funniest writers in America." His new collection of short stories is "Hits and Misses" and it's inspired by Rich's real experiences in Hollywood.

The opening story is called "The Baby," It's a Kafkaesque, surreal tale filled with a lot of dream logic. The story is about a struggling novelist named Ben. His wife is pregnant and Ben is frantically trying to finish up his historical novel about General Custer before Sue gives birth.

As he's working on his book, Ben checks out the sonogram and discovers two things about his unborn child. The first is that it's going to be a boy and the second is that the fetus has a pencil. As Dr. Kowalski explains, that means that Sue is going to give birth to a writer.

While everybody else is pretty excited about the news, Ben can't help but feel competitive with his unborn child, especially when he learns the fetus is writing what may not be just a good novel but could possibly be the Great American Novel. And it too is about General Custer.

Rich told WPR's "BETA" how he turns off the rational part of his brain to create these fantastical, funny stories:

"They’re always very personal stories but I don’t really realize how personal they are when I’m sitting down to write them. So in hindsight, this story is very autobiographical because I wrote it when my wife was pregnant. And I, like the protagonist of that story, am a writer and I was dealing with all the usual things that expectant parents deal with — what does this mean for me, you know, I’m handing the baton to a new generation, does this mean my life is over?

"And I was dealing with all those sort of insecurities but I didn’t sit down with the goal of finding a metaphor, I just kind of wrote what I felt that day. And it was, you know, what if this kid inside that womb is a better writer than I am? And what if he’s writing right now?

"Of course, it ended up not even being a boy. So your characters always, I think, whether you want to admit it or not, have something in common with yourself. But I think writing from a surreal point-of-view, it allows me to have, ironically, enough distance from myself that I’m able to be a little bit more emotionally honest maybe than I would be if I was writing a straight-ahead memoir, which is actually something that I’ve never even attempted."

Another short story in "Hits and Misses," "Riding Solo: The Oatsy Story," is a tell-all memoir told from the point of view of Paul Revere’s horse, Oatsy. And although Oatsy could be very bitter about Revere receiving all of the credit for the Midnight Ride, Oatsy says that that’s not the case. A great deal of the comedy in this story comes from the suitably equine diction that Rich has bestowed upon Oatsy.

This makes the "BETA" team think that if the writers of the 1960s TV sitcom, "Mister Ed," had given the title character the very same kind of diction, the show might still be on the air.

"That’s a great show and a missed opportunity for them," Rich replied.

Many of Rich’s stories contain elements of tragedy.

"They tend to be inanimate objects or animals or have some kind of flaw, you know, in the case of the struggling novelist in 'The Baby.' In that story, he has this deep insecurity. So I always try to write from a place of weakness and frailty. So I think that that sort of lends itself to that tragicomic tone.

"But I try to give my characters redemption most of the time. I would say occasionally one of my stories will have a pretty bleak ending but typically, you know, the character learns something or achieves some kind of success by the end."

Rich was one of the youngest writers ever to work for "Saturday Night Live" and he’s also worked as a staff writer for Pixar.  He's been able to apply lessons learned from both those experiences to his fiction.

"Pixar, I think, really had a big effect on my storytelling strategy just because they’re so rigorous with their character arcs and with their narrative structure. And so I think I just learned a lot there about how to tell a story with a beginning, a middle, and an end. So I feel really fortunate for that," he said.

"The big thing 'SNL' taught me was just kind of how to imitate different idioms. You know, when you’re writing satire, it’s really important to capture in a sentence a certain tone or style. And since I tend to move around from genre to genre, imitation is a big part of what I do. For example, in one of my collections, I have a Sherlock Holmes story. Or I’ll do a Lewis Carroll knockoff. I think I’m using those 'Saturday Night Live' muscles whenever I’m trying to truly satirize a specific voice or writer."