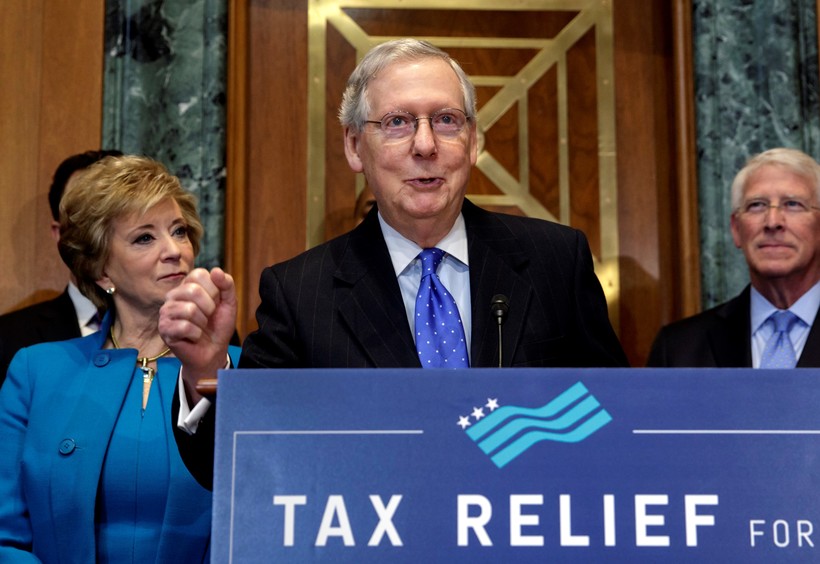 Tax cuts, more sexual harassment claims and “Pocahontas.” Our guests discuss those and other top national and state political issues in the Week in Review.

Sen. John McCain, R-Ariz., said on Thursday that he’s on board, bringing the proposal closer to passage. The Senate is expected to begin taking up amendments to the bill and ultimately a final vote either Thursday or Friday.

In a statement Thursday, former NBC “Today” show host Matt Lauer said it will take “a lot of time and soul searching” to repair the damage from his alleged sexual misconduct. Lauer was fired on Wednesday after a female colleague at NBC said he harassed her during the network’s coverage of the Sochi Olympics in 2014. Meanwhile, more members of Congress are calling on Rep. John Conyers, D-Mich., to resign after being accused of sexual harassment. In addition, a fifth woman is accusing Sen. Al Franken, D-Minn., of groping her during a photo opportunity in 2003.

On Monday, President Donald Trump again referred to Sen. Elizabeth Warren, D-Mass., as “Pocahontas,” this time during a White House event to honor Navajo code talkers from World War II. Warren responded by saying Trump “had to throw in a racial slur” and that his efforts to silence her will not work.

Do you generally support or oppose the Senate tax cut plan? What do you make of the recent string of sexual misconduct allegations? Should John Conyers and Al Franken resign? Was President Trump out of line in calling Elizabeth Warren “Pocahontas?” Contact us at 1-800-642-1234 or ideas@wpr.org. You can also tweet us @wprmornings or post on the Ideas Network Facebook page.