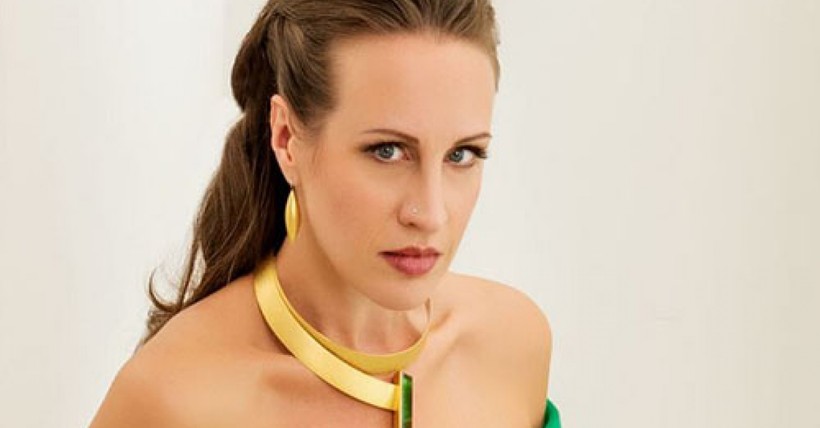 Photo courtesy of the artist

Appleton native and University of Wisconsin-Madison alumna Brenda Rae will be singing the role of Poppea in Handel’s opera "Agrippina" on Saturday at the Metropolitan Opera in New York City. The performance will be broadcast live over the NPR News and Classical Music Network of WPR beginning at 1 p.m. that day. It will also be live streamed at many movie theaters around Wisconsin.

Wisconsin Public Radio's classical music host Norman Gilliland recently asked Rae about her career and how her Wisconsin roots have influenced it.

Norman Gilliland: For the Met broadcast on Feb. 29, you’re singing the part of the seductive Poppea in Handel’s "Agrippina." Where does the role fit into your career progression?

Brenda Rae: If I've counted correctly, Poppea is the fifth Handel role that I've performed. It's a bit hard for me to believe, since I sing Italian Bel Canto roles by composers like Donizetti, Bellini, etc. more often.

Some people assume I've specialized in Handel's operas, but I wouldn't call myself a specialist. I've loved having a wide range of repertoire in my career, and Handel wrote gorgeous music, so I consider myself lucky. Poppea is also a little bit of a different Handel role than I've sung before. I usually play more serious characters, and I get to flex my comedic muscles with this one.

NG: Will this be a production with a contemporary look? If so, what part, if any, does the costume play in singing a role?

BR: This production definitely has a contemporary look. The costumes are modern, and beautifully designed by John Macfarlane. I wish I could take all my costumes home with me. A costume definitely helps me get into the character more — the transformation becomes complete. Sometimes costumes can be a hindrance because of how heavy they are, or how hard they are to move in, or even how hot they are under the bright stage lights, but usually adrenaline takes over onstage and I don't feel encumbered.

NG: How has the role of Poppea developed for you? Are you really channeling Stormy Daniels to get into the role?

BR: I'm not actively channeling Stormy Daniels. Her name was thrown around the rehearsal room in reference to what my character was to the Emperor Claudius, since he wanted to have an affair with her, but certainly didn't want to get caught. It can be very helpful to have a contemporary figure to relate to when trying to figure out character relationships, but I haven't based my character off of Stormy Daniels by any means.

Poppea is still learning how to manipulate the men around her, and I wanted to make sure she was likable, and I think the key was that she truly loves Ottone, one of the men she's involved with. She's charming and fun, and definitely wants to have the upper hand.

NG: Agrippina is a black comedy about the abuse of power. Is it physical comedy or more subtle?

BR: There is definitely some physical comedy in this opera. In particular, I have a bar scene right after the intermission, and during it, proceed to have a little too much to drink, and there's quite a lot of physical comedy there. But there are subtler moments too. The libretto is actually really funny, and the translations people can read while the opera is going on help people follow the story. I've noticed that the audience sometimes laughs purely at the words we're singing — no physical gag needed.

NG: What are the challenges in singing Handel as opposed to what might be considered the heavier roles in, say, Verdi, Wagner, or some contemporary composers?

BR: For almost all of Handel's roles, no matter the voice type, the voice needs to have flexibility. Wagner certainly wasn't known for writing a lot of coloratura in his operas, although his early work has some, and generally the voices that are more flexible are lighter than Wagnerian singers. There are, of course, exceptions, but singers who sing a lot of Handel are exceptional at singing a ridiculous amount of notes in a short amount of time, rather than being the loudest voice you've ever heard!

NG: You’re a graduate of the UW-Madison. What abilities did you develop there that enabled you to win roles at the Met?

BR: I was very lucky to get to perform three leading operatic roles at UW-Madison while an undergraduate, and I learned so much during that time.

I learned how to prepare a role, both musically and dramatically, but I think more importantly, my teachers got me to really love opera passionately. I also studied abroad in Italy for a summer, just learning the language, and even though I didn't do any singing that summer, I felt like it helped my voice, simply by being around native speakers of the Italian language, in which I sing so frequently.

NG: What makes the Met special?

BR: The Met has a reputation as being one of the finest opera houses in the world, so that's fantastic, of course, but on a more personal level, the Met is special because of the care that goes into every bit of work. Now, that's not to say that the other opera houses I've worked in don't care. There's a chance for more specialists at the house, because of the sheer size of the organization.

NG: Do you ever get stage fright? If so, how do you cope with it?

I remember back in ninth grade thinking about how I would get nervous for choir concerts, and I thought to myself, "Brenda, you love singing. Why be nervous to do something you love?" And since then, I haven't had a problem with nerves.

NG: What role would you like to take on next?

BR: I've been fortunate to have performed most of my "dream roles" but a role that's eluded me so far is "Manon" by (Jules) Massenet. I would love to take on that character, as flawed as she is. Her music is gorgeous, and I'd love to explore her inner workings.

NG: What’s it like to listen to recordings of your singing?

BR: I find it quite difficult, but also helpful. I'm very critical of myself, so of course I hear the one note that's not perfect in a three-hour opera. But something I love about this career is the constant chance for growth, so the lack of perfection doesn't bother me too much.