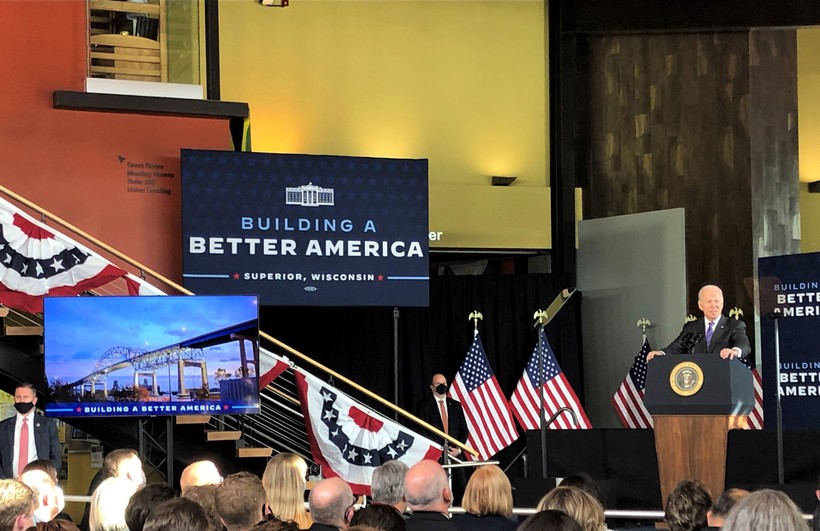 A day after his first State of the Union Address, President Biden headed back to school – specifically, the Yellowjacket Union student center at our own University of Wisconsin-Superior. During his visit to the Twin Ports on Wednesday, March 2, Biden touted the recent passage of the $1 trillion Infrastructure Bill, which includes millions of dollars for environmental restoration in the Duluth-Superior Harbor. "Simply Superior" host Robin Washington took in the sights and sounds of his visit, and shares them on this week's program.

Also, singer-songwriter Bruce Nelson, perhaps best known to listeners as the creator of the “Simply Superior” theme song, checks in with host Robin Washington. Having last year told Washington his goal was to write a song a day, Nelson overachieved with 500 new tunes to share.