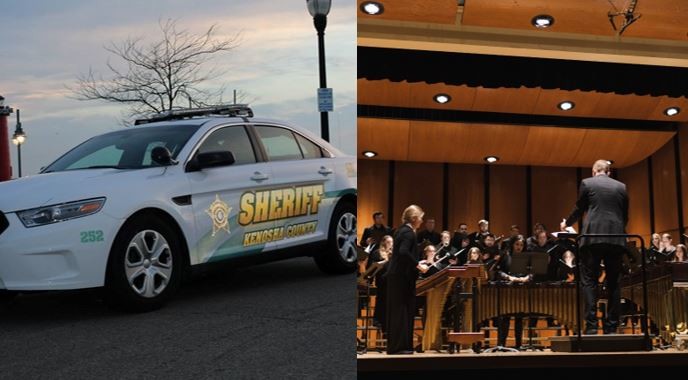 There’ll be a new sheriff (or three) in town. What makes a good one? In an unusual confluence of events, three open sheriff positions will be on the ballot this fall in three near-contiguous counties: Douglas and Ashland in Wisconsin and neighboring St. Louis in Minnesota. “Simply Superior” host Robin Washington speaks with Cedric Alexander, a former director of public safety, police chief and Homeland Security official, on what makes a good sheriff, and why it’s an elected position. We also hear from Dr. Robert Weidner, professor of criminology at the University of Minnesota Duluth.

Also, as the turmoil in Ukraine rages, another Eastern European country shares a peaceful and inspiring note – literally. Earlier this month, the University of Wisconsin-Superior Music Department performed the world premiere of “Stella Teegarden,” a work for choir and percussion by Estonian composer Urmas Sisask. Percussionist and professor Brent Jones and student Eliana Lammi, who sang alto, tell Washington of the significance of the work, which is presented on the program in full.