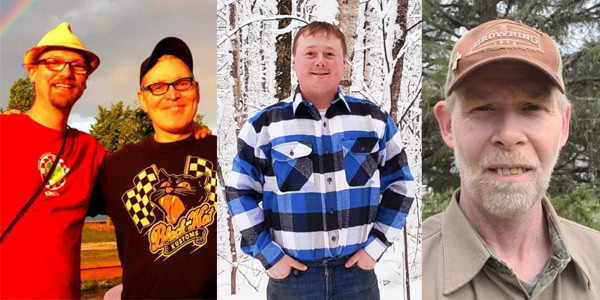 Democrat Beth Myers was first elected to the 74th District seat in the Wisconsin Assembly representing the greater Ashland area in 2014. Reelected since then, she has faced increasingly formidable opposition, ultimately deciding to retire at the end of this term. Seeking to succeed her are a lone Democrat, John Adams, and two Republicans: Chanz Green and John Schey, who will face off in a primary on Aug. 9.  The two debate the region’s issues, moderated by “Simply Superior” host Robin Washington.

Also, Jason Wussow is well-known in the Twin ports music scene as the proprietor of Wussow’s Concert Cafe in Duluth, a venue that has launched nationally known acts such as Trampled By Turtles and Mason Jennings. Wussow himself is a musician, with the ska group Woodblind, and journeys to his erstwhile competitor across the bay to play at Superior’s Earth Rider Brewery on July 30. He joins Washington ahead of the concert with selections from the group’s latest album, “Bluebird Day.”