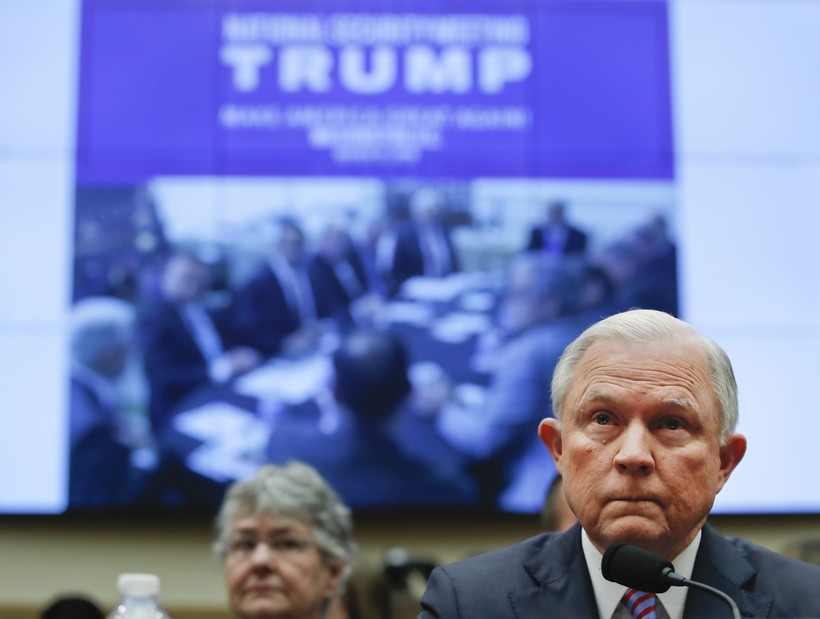 Attorney General Jeff Sessions says he’s “always told the truth” about his knowledge of contacts between the Trump campaign and Russia. We discuss Sessions’ testimony Tuesday before the House Judiciary Committee. We also look at the possibility of a second special counsel to investigate alleged wrongdoing by the Clinton Foundation. Plus, we examine the fresh review of the president’s authority to launch a nuclear strike.

During his confirmation hearing earlier this year, Sessions said he “did not have communications with the Russians” during the campaign. It was later reported that he twice met with Russia’s ambassador. On Tuesday, he said he had no meetings with the Russians to discuss the campaign because he was not cleared to represent it with any foreign government.

Sessions is also reportedly thinking about appointing a special counsel to investigate the Clinton Foundation, the sale of a uranium company to Russia and other Republican concerns. President Donald Trump has been critical of the Justice Department for not looking into such matters.

On Tuesday, the Senate Foreign Relations Committee held its first congressional hearing since 1976 on the president’s authority to launch nuclear weapons. Committee chairman Bob Corker accused Trump last month of setting America on a “path to World War III.” Trump vowed in August to unleash “fire and fury” on North Korea if it continued to grow its nuclear weapons program.

What did you take away from Sessions’ testimony on Russia? Should there be a special counsel to investigate the Clinton Foundation? How concerned are you about nuclear war - especially with President Trump at the helm? Weigh in at 1-800-642-1234 or ideas@wpr.org. You can also tweet us @wprmornings or post on the Ideas Network Facebook page.