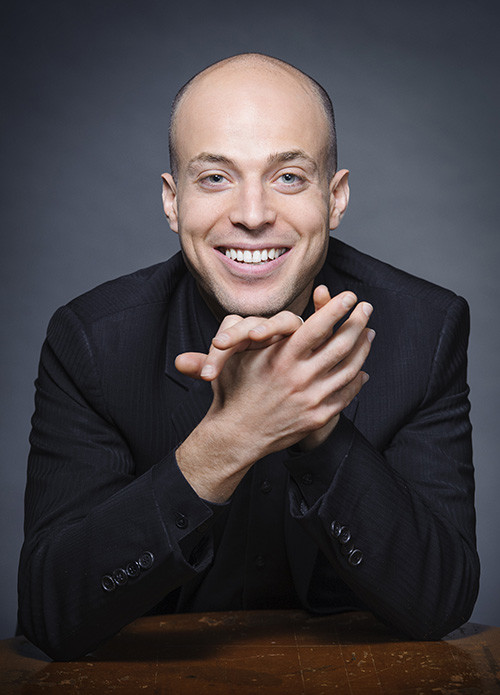 Norman chatted by email with pianist Orion Weiss about his upcoming performance of Mozart’s Piano Concerto No. 21 with the Wisconsin Chamber Orchestra on Friday, January 25 in the Capitol Theater at the Overture center in Madison.

(Norman) Mozart’s Piano Concerto No. 21 has been romanticized, especially the famous second movement. What interpretation will you give it?
(Orion) My own! There is no way I could do anything else! I’ll play it in the way I most believe it goes, this day, this season, this point in my life.

(Norman) What do you suppose would make a good encore for No. 21?
(Orion) The best encore would be playing the whole miraculous concerto through again from the beginning.

(Norman) What’s the most demanding aspect of the concerto?
(Orion) Mozart is so difficult to play. Harder than anything else. That’s because the music is so wonderful and we all treasure it so much.

(Norman) Do you have a favorite among the 27 Mozart piano concertos? The later ones seem to have the greatest depth of emotion.
(Orion) I really love all of them. The two minor key concertos are amazing. The A major 488 was the first one I heard as a child so i have a special love for it. The last one (k 595) is so generous spirited. The other big C major, k 503 is another personal favorite.

(Norman) Do you see Mozart’s influence in piano music of the 19th or 20th centuries?
(Orion) Yes, everybody, absolutely everybody was inspired (and intimidated) by him. Mozart’s concertos are the foundation of our whole huge repertoire of piano concertos! Beethoven took up the mantle— but while you can see some continuity, he was an entirely different man.