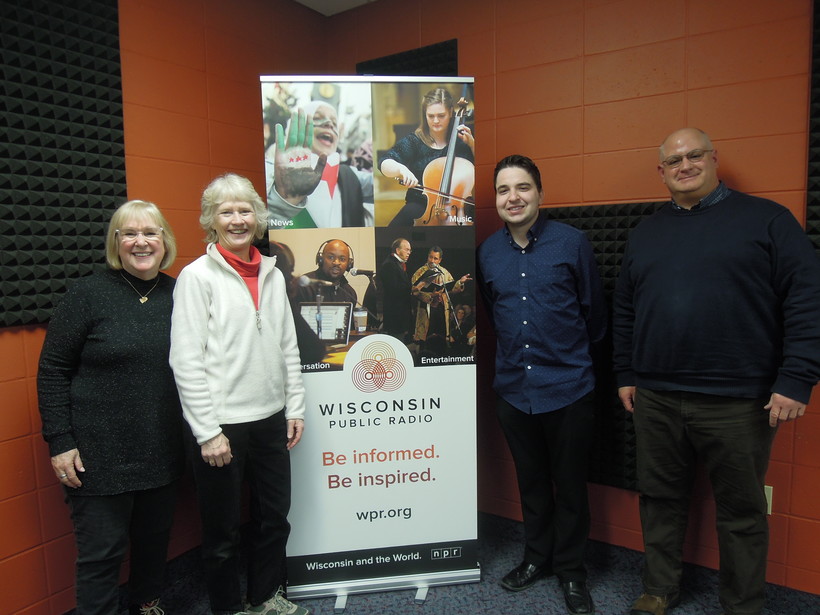 Two workshops on the topic are being led by facilitators from Better Angels, a nationwide citizen’s movement based in Ohio that started after the 2016 presidential election. The goal of Better Angels is to get an increasingly polarized electorate to disagree about issues respectfully and eventually find common ground.

Similar workshops were held last year in Kenosha and Madison.

The workshops in La Crosse are being sponsored by a number of groups including Great Rivers United Way.

"We see problems in our society, and we connect people and resources and try find a solution to them," said Julie Nelson, community engagement coordinator for the Great Rivers United Way.

"A lot of the issues that United Way tries to work with poverty, homelessness, hunger, education, many of those decisions are made at a government level. If we can’t talk about these important issues without being completely divided, we are never going to come together to solve some of these issues. It’s in the best interest of what United Way does in the community to get everyone talking in a positive way," she said.

The League of Women Voters of the La Crosse Area is also sponsoring the Better Angels workshops.

President Mary Nugent said members of the organization believe the use of certain words in today’s political climate often carry a negative connotation that isn’t fair.

The example she uses is branding of the League of Women Voters as a liberal-leaning organization in certain news stories.

She said biases often get in the way of having a good discussion about issues.

"It doesn’t lead to any solutions then because, 'it’s us against them,'" she said.

"As the League of Women Voters, we don’t ever ask what political party you belong to when you join as a member. We never ask anybody at any time because we don’t care. We work for all the people."

A University of Wisconsin-La Crosse political analyst said political polarization in America is at a relatively high point in the nation’s history.

"Our political party is becoming more core to who we are, and our dislike of the other party is becoming more a part of our political attitudes. Politics is going to involve disagreement and conflict, that is inevitable. People don‘t agree about the proper role of government. People don‘t agree for who should pay for the things that government does," said Anthony Chergosky, assistant professor of political science.

"Where we get into trouble is when people call you a bad person instead of disagreeing with your ideas and trying to work together in good faith to come up with a solution that’s acceptable to both sides."

Chergosky said incivility and hyper-partisanship are two of the central problems facing government in the United States. He said the media configuration including cable network news stations and social media reward the loudest voices that stoke the problem.

"Most people want to have constructive conversations, want to have civil discourse. There is a certain segment out there that finds incivility to be their preferred method because they do not like the other side. They think the other side has bad intentions."

The first workshop in late February will help teach participants to identify ways they may be contributing to polarization when they talk to someone who shares their opinion on political topics.

The second workshop in March will give participants tips to have constructive conversations with people whose political opinions they disagree with.