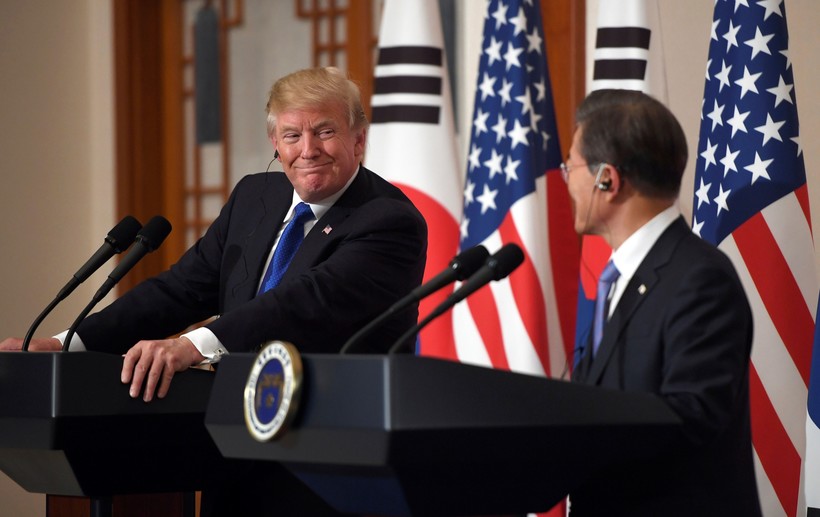 President Donald Trump is scheduled to meet with Chinese President Xi Jinping on Wednesday as he continues his five-country, 12-day tour of Asia. Our guest discusses the trip so far, previews what’s to come and the four reasons he says the tour is “so important.”

Trump has already met with Japanese Prime Minister Shinzo Abe and South Korean President Moon Jae-In. He also spent time with U.S. servicemen in those two countries. In addition to his stop in China, he is expected to visit Vietnam and the Philippines before flying back to Washington on Nov. 14.

While in Seoul on Tuesday, Trump urged North Korea to “come to the table” and “make a deal” to rein in its nuclear weapons program. Previously, Trump had pledged to meet any hostile North Korean action with “fire and fury.” Of the disagreements with Pyongyang, Trump added that “Ultimately, it’ll all work out.”

What do you make of Trump’s East-Asian visit? Is America’s approach to the region on the right or wrong track? How should the U.S. deal with North Korea’s nuclear weapons program? What would you like to see Trump do about trade deals with Asian nations? Let us know at 1-800-642-1234 or ideas@wpr.org. You can also tweet us @wprmornings or post on the Ideas Network Facebook page.