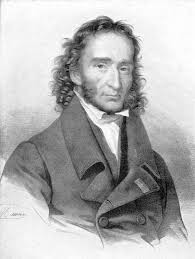 In 1832, after attending a concert by Niccolò Paganini, twenty-year-old Franz Liszt had been inspired to raise the level of his virtuosity by applying Paganini’s violin techniques to the piano. At the same time, Paganini’s charisma made Liszt realize that showmanship would take him to even greater heights. A description of a Liszt concert of ten years later shows that the pianist had taken his lessons to heart.

On April 8, 1842, Russian critic Vladimir Stasov attended a Liszt concert at the Assembly Hall of the Nobles in St. Petersburg. He described a stage in the middle of the concert hall on which stood two pianos facing in opposite directions.

Liszt, noticing the time, walked down from the gallery, elbowed his way through the crowd, and hurried toward the stage. Instead of using the steps, he leapt onto the stage. He yanked off his white kid gloves and tossed them on the floor, under the piano. Then, after bowing low in all directions to a din of applause such as probably had not been heard in St. Petersburg since 1703, he satdown at the piano. A hush fell over the hall at once. He went straight into the opening cello phrase of the William Tell Overture. As soon as he finished, while the hall was still ringing with applause, he rushed to the second piano facing in the opposite direction. Throughout the concert he alternated pianos, facing first one, then the other half of the hall.

He played the Andante from Lucia, his fantasy on Mozart’s Don Giovanni, piano transcriptions of Schubert’s Ständchen andErlkönig, Beethoven’s Adelaïde, and ended with his own Galop chromatique.

Never in our lives had we heard anything like that; we had never been in the presence of such a brilliant, passionate, demonic personality, at one moment rushing like a whirlwind, at another pouring out cataracts of pure beauty and grace.