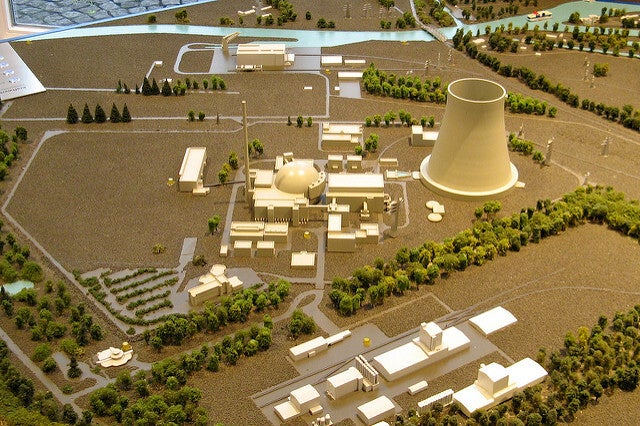 Should Nuclear Power Plants Have A Place At The Table?

Setting aside the ambitious Green New Deal and its goal of achieving 100 percent renewable energy by 2030, Congressional Democrats are sectioning off portions of that resolution to deliver more moderate measures that might find greater support.

But largely missing from these proposals and the Green New Deal itself is nuclear power.

Critics of nuclear power say it’s too expensive to fund, it produces too much waste and it’s not as viable as other clean energy options.

Paul Wilson, a University of Wisconsin-Madison nuclear engineering professor, disagrees, saying nuclear can play a role in the reduction of carbon so long as the U.S.’s current fleet of about 100 nuclear power plants is maintained and innovation in the field — such as building smaller reactors that are less expensive — is supported.

Including nuclear power in a national energy policy also would help give the industry a sense of direction, Wilson said.

But he and other nuclear advocates might be facing an uphill battle.

According to a Gallup poll that was conducted in early March, Americans are equally split at 49 percent about whether the nation should favor nuclear energy.

Gallup reported that these results fall below a record 62 percent of those surveyed in 2010 who favored nuclear power. The analytics firm assigned that anomaly to high oil prices across the nation that effectively cast nuclear power as a favorable alternative.

The most recent poll also found that 47 percent of Americans said nuclear power plants are safe compared to 49 percent who disagree. The number of Americans who don’t consider nuclear a safe option is ticking up from 2009, when 42 percent of respondents said it was unsafe.

Along party lines, using nuclear energy was favored by 65 percent of Republicans surveyed and 42 percent of Democrats.

The country’s tolerance for nuclear has ebbed and flowed, and the alternative power option was particularly castigated when events such as a 1979 radiation leak at Three Mile Island in Pennsylvania and the 1986 explosion at Chernobyl in Ukraine thrust major doubt on the safety of nuclear.

Polls by Gallup in the 1980s show the effects of those disasters, with an almost 20 percent drop in support from Americans who would be willing to have a nuclear power plant built within five miles of their community compared to 1976.

Wilson, who chairs the Energy Analysis and Policy graduate certificate program and serves on the board of directors for the American Nuclear Society, said it’s unfortunate that those events stained public perceptions of nuclear power as more harmful to humans, when contamination of land is primarily what’s at risk.

"What we’ve seen over the last few situations like Chernobyl and Fukushima is that the immediate public health impact is actually quite small," he said. "The real impact that we have to deal with as a community is to large amounts of land that sometimes become uninhabitable for a period of time."

Wilson said a lot of the land impacted can be remediated quickly, in part by clearing off exposed topsoil. He still recommended that research should be directed toward understanding how much of the land is impacted after nuclear accidents such as the ones in Chernobyl and Pennsylvania.

"I think that the evidence is that large numbers of people don’t get immediately harmed, but instead it’s this long-term disruption," he said.

Uranium is key to nuclear reactors and is what adds volatility to nuclear power. First, areas around the world are mined for uranium, which is shipped back to the U.S. where it’s processed and turned into fuel for reactors.

That uranium spends about 4.5 years inside of a reactor. Wilson explained that most uranium that goes into a reactor comes out as uranium. A portion of it though, about 5 percent, becomes radioactive.

Nuclear power plants are considered a cleaner energy producer compared to coal because instead of burning fossil fuels to create steam that powers generators, nuclear power plants use splitting, or fissioning, of uranium atoms to generate heat.

But there is radioactive waste in the process, which has to be cooled down for five or 10 years. After that, this waste is stored in aboveground containers and can remain there for decades.

There’s no long-term policy that specifies where this waste goes, though, Wilson said. However, Yucca Mountain in Nevada was selected in 1987 as a location to store used nuclear fuel and has since undergone analyses to determine the efficacy of that action.

Managing the cost related to nuclear waste poses another challenge, but one that could be mitigated by a nuclear waste fee that plants have contributed to since it was established in 1982.

"Where we now allow other kinds of generation sources to put their waste into the atmosphere at no fee, nuclear energy has been putting money down and saving money to manage its waste issues," Wilson said.

Nuclear Power In the Age Of The Green New Deal 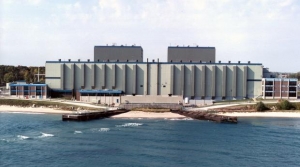 Energy experts, climate change organizers, and lawmakers are at odds about whether to expand or retract our dependence on nuclear power. We discuss the current technology behind managing and storing nuclear waste and explore what would be required to advance this zero carbon energy creator.