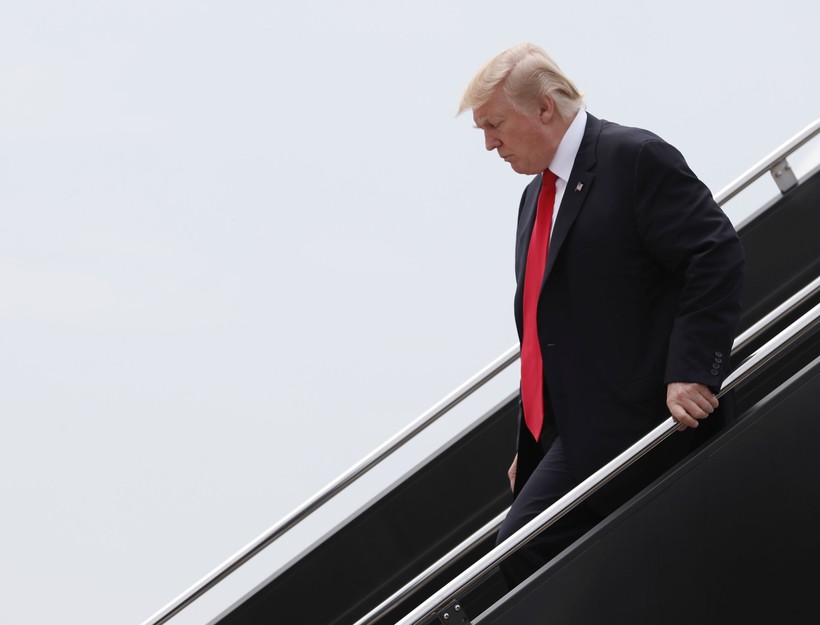 Shipping, Boating Traffic To Be Halted For Trump Rally In Duluth

The U.S. Coast Guard will temporarily close the busiest port on the Great Lakes as President Donald Trump visits Duluth for a roundtable meeting on mining and trade followed by an evening rally Wednesday.

No ships or recreational boats will be allowed into the northern and central portions of the Port of Duluth-Superior as the U.S. Coast Guard and U.S. Secret Service secure the area for the president.

U.S. Coast Guard Lt. John Mack said a security zone will be enforced in the northern and central part of the port from around 4 p.m. to 8 p.m., which will block boat traffic coming through the main entry in Duluth.

"We've been working with the Secret Service as well as other government agencies up here to have extra vessels and personnel on the water to ensure safety as well as maintain search and rescue capabilities in case there's any trouble further out on the lake," said Mack.

The Port of Duluth-Superior is a designated Foreign Trade Zone that is visited by lake freighters or "lakers" from around the Great Lakes as well as ocean-going vessels from around the world. Around 35 million short tons of cargo pass through the port each year according to the Duluth Seaway Port Authority.

Mack said while the restrictions on the port will be brief they will impact shipping schedules.

"There will be some impact to commercial traffic but will be minimal considering the short duration of the security zone and vessels can still transit in and out of the Superior entry."

The Superior entry is a less traveled way into the Port of Duluth-Superior about six miles from where the president’s rally will be held.